When Professor Wang Zuankai looks at nature, he sees more than beauty. He sees technological innovation.

Speaking at the 36th installment of the President’s Lecture Series: Excellent in Academia on 22 November, Professor Wang of the Department of Mechanical Engineering and Director of the Bio-Inspired Engineering Laboratory argued that the next wave of innovation for human societies would be centred on nature-inspired engineering.

“The progress of humankind has been marked by five main waves of innovation, and each wave has transformed our industries and societies,” said Professor Wang, whose research group has published nine papers in nature/science series journals and received over 10 prestigious awards over the past four years.

The problem with these waves of innovation is that they have depended on the consumption of resources, leading to pollution and energy/water shortage.

“In contrast, honed by billion years of evolution, nature has developed extraordinary principles that are characterised by green energy and resilience,” said Professor Wang to the packed audience at the talk, titled “Nature-inspired Innovation: Art, Science and Technology”.

Throughout the talk, Professor Wang stressed that we can look to nature’s principles for inspiration. Adaptive, dynamic, multi-functional, energy efficient and interconnected, Mother Nature possesses the exact characteristics that scientists and engineers aspire to include in their new technologies.

Examples of such naturally occurring wonders can include the lotus leaf and its surface tension and wettability; creatures like lizards and their reversible, dry adhesive capabilities; sharks and their drag reduction as they swim through the sea; and how the design of plant leaves enables water to drain away.

A specific breakthrough piece of research conducted by Professor Wang and his team in this area relates to shaping drops of liquid in such a way that they can be shed from a surface faster than previously thought, thus creating super dry surfaces with applications in areas such as preventing metal surfaces like aircraft wings and engines from icing over.

Another idea lies in nature-inspired robots. Professor Wang and his team have developed a tiny, soft robot with caterpillar-like legs that is capable of carrying heavy loads and adaptable to adverse wet and dry environments and that can be used for more accurate delivery of drugs into the human body as a means to fight diseases like cancer.

Professor Wang ended his talk by urging the audience to look to nature for inspiration to make the world a better place to live in. 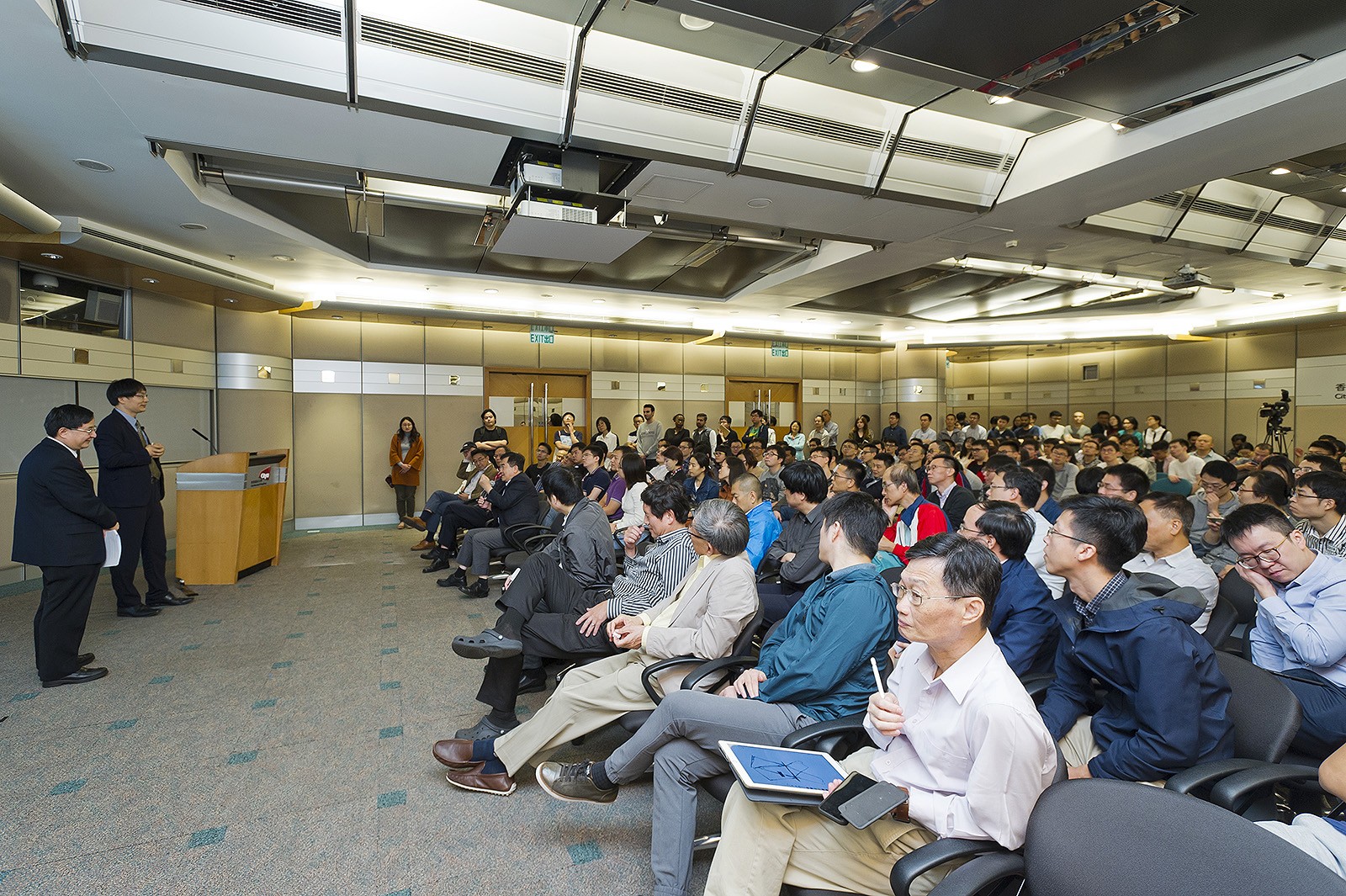