CityU will confer honorary degrees on four distinguished individuals at its 18th Congregation on 12 November, in recognition of their contribution to knowledge, to the development of the University and to the well-being of society. The recipients are: 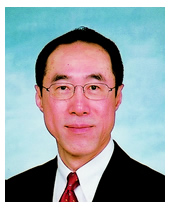 The Honourable Mr Henry Tang Ying-yen, Financial Secretary for Government of the Hong Kong Special Administrative Region. Mr Tang was previously Chairman of Peninsula Knitters Limited and Meadville Technologies Group Limited and, since the 1970s, has contributed significantly to the development of the textile industry in . He was Chairman of the Federation of Hong Kong Industries, before joining the government in 2002. Mr Tang was awarded a Gold Bauhinia Star in 2000 for his contribution to public service. A member of the Executive Council since 1997, he served as a Legislative Councillor from 1991 to 1998. Mr Tang was also Deputy Chairman of the CityU Council from 2001 to 2002. Mr Tang will be conferred Honorary Doctor of Laws for his substantial contribution to society, industry and the University. 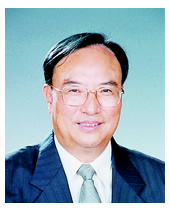 Professor Zhang Junsheng, Chancellor of Zhejiang University, who teaches and conducts research in mechano-optical studies. From 1987 to 1998, Professor Zhang was Deputy Director of the New China News Agency (Hong Kong Branch) and played an important role in enhancing communication between and the mainland. In 1998, he was appointed project leader responsible for the re-engineering and amalgamation of four universities in to form the new , now one of the foremost mainland universities in the provision of quality education and research. Professor Zhang will be conferred Honorary Doctor of Science for his important contribution to the development of university education in mainland . 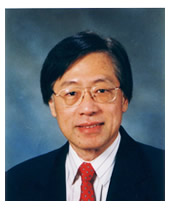 Professor Andrew Yao Chi-chih, world-renowned scientist and William and Edna Macaleer Professor of Engineering and Applied Science at Princeton University's Computer Science Department. In 2000, Professor Yao became the first Chinese scientist to receive the A M Turing Award, the highest honour in computer science and the equivalent of the Fields Medal in mathematics. He is a member of the US Academy of Sciences, Fellow of the of Arts and Sciences, and a member of Academia Sinica. Professor will be conferred Honorary Doctor of Science for his significant contributions to technological development and research excellence in computing. 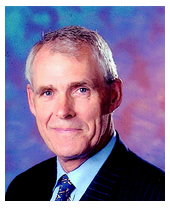 Mr David Eldon, Chairman of HSBC, who has made a significant contribution to the development of the banking industry in and the Pan-Pacific Region. Mr Eldon began his banking career in the 1960s and has held management positions in the , , and . He is actively involved in public service and has a distinguished record of serving the community. Mr Eldon will be conferred Honorary Doctor of Business Administration for his distinctive contribution to the banking sector and the community of .