by JUCC ISTF
SHARE THIS
/* The following article is extracted from the "Information Security Newsletter" published by the JUCC IS Task Force. */

The term APT was first used by U.S. Air Force back in 2006 to facilitate discussion about a set intrusion activities with specific
characteristics. These days, APT is often used to describe advanced or complex intrusive cyber attacks against specific
targeted organizations over a long period of time.1
Richard Bejtlich1 explained the components of the APT terminology as:
Advanced - means the attackers possess sophisticated hacking techniques and are skillful in using various hacking tools. Attackers are also capable of researching new vulnerabilities and developing custom exploits.
Persistent - means the attackers are not opportunistic intruders but instead tasked to accomplish missions which can last for a long period of time.
Threat - means the attackers are organized, funded and motivated.
APT Specific Targets
The following types of organizations are the specific targets of APT attack because of the
mass volume of sensitive information such as source coding, trade secret and personal
information which usually help the attacker gain a definitely advantage, identify of a
weakness or to certain extend gain an upper handover victim of the attack:
1.  Healthcare firms
2.  UniversitiesUniversities
3.  Financial institutions
4.  Government entities. 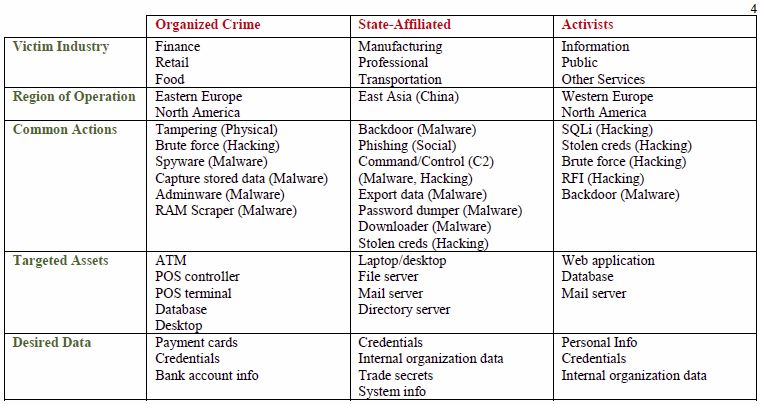 When an innocent employee is lured to action on the phishing email, the malicious payload will be installed which has call back feature to notify the attackers. The attackers will start to control remotely and further compromise more computers. According to their missions, the attackers will search for valuable information from the compromised computers and send back surreptitiously. Since the attackers may have funding supporting them, they can spend months and years on such operations. In order to stay stealth and undetected, the attackers employ skills to encrypt traffic between the compromised computers and command centers, launch attacks from IP addresses that bounce in from different countries, and hide their activities by erasing records from the logs, encrypting.
Anatomy of APT Attacks
According to Mandiant / FireEye, the APT attack cycle typically contains the following stages8:
Initial Compromise - Represents the methods that attackers use to penetrate a target organization’s network using methods such as exploiting vulnerable Internet-facing web servers or spear phishing (An electronic message sent to a targeted victim with personalized message content which contains a malicious attachment, a link to a malicious file, or a link to a malicious website).
Establish Foothold – Attackers will access and control one or more computers within the victim environment. Backdoors will be installed which are used to establish an outbound connection from the victim’s network to a computer controlled by the attackers.
Escalate Privileges – Involves acquiring credential items that will allow attackers to access more resources within the victim environment. Techniques such as password harvesting and cracking methods will be used. Attackers will try to gain access to privileged and administrator accounts.
Internal Reconnaissance – This is the stage when attacks will collect information about the compromised computers in order to obtain information about the internal network, users, groups, trust relationships, files and documents. Attackers may perform directory or network share listings, or search for data by file extension, key word, or last modified date. File servers, email servers, and domain controllers are customary targets of internal reconnaissance.
Move Laterally – Attackers will move laterally within a network to compromise more computers in order to search for data that they want.
Maintain Presence – Attackers will install backdoors to continue control over the computers remotely from outside network. These backdoors could be different from the ones during Establish Foothold stage in order to make them difficult to identify and remove all of their access points. Attackers are also skillful enough to cover their traces of compromise by deleting activity logs and encrypting communication traffic.
Complete Mission – Once the attackers are successful in finding files of interest on compromised computers, they often pack them into archive files and transfer out using FTP, custom file transfer tools or backdoors.

There are massive amount of computer systems in Universities, and Universities are operating IT environments quite openly. Unlike corporate enterprises, not all systems are centrally protected based on a consistent set of tightened security policies. Different faculties and departments may house their own systems and may even ignore implementing proper security protections.
Attackers sometimes find University computer systems easer to penetrate than corporate enterprises. They will use these compromised computer systems as intermediate stepping stone to attack the real targeted organizations in order to create difficulty in tracing attack source of origin.
Some attackers may have interest in research data and hence target to compromise certain computer systems in the Universities in order to gain access to those data. There are also times when attackers will launch attack against Universities to steal personal information which can facilitate them to create more sophisticated phishing email targeting the real victims of corporate enterprises.
Since APT attacks are becoming more common, Universities should be more aware of such threat in order to better defend against APT attacks.
Defending against APT
There is no single silver bullet to defend against APT attacks. Universities will have to consider implement multiple controls in order to reduce the likelihood and impact of APT attacks.
1. Increase Staff and Student Awareness
One of the far most common APT initial compromise attack vector is through phishing email. Staff

and students should therefore be educated to increase their awareness of screening against phishing and spear phishing email. If received an unexpected email which contains links or attachments, staff and students should raise their alert to determine whether or not to action on the email. Relying on anti-malware programs to screen the email and attachments can be a good option. But do realize that some payloads can bypass anti-malware detection, and so relying on anti-malware protection is not 100% safe.
In addition, staff and student should change their password credentials often regardless of whether Universities are enforcing a periodic password change policy. Staff and student should also set different password credential across all University systems, external web applications and social media sites. This will reduce the impact if one of these systems is compromised leaking out credential. If feasible, two-factor authentication should be enabled (e.g. remembering the sign-on device, using token, etc.) to increase the difficulty of compromising a computer.
2. Strengthen Defense-in-depth Controls
Infrastructure, Application and Security teams should work together to ensure basic security controls are implemented in a defense-in-depth manner. For instance, firewalls with effective rule sets should be configured. Logs should be reviewed using Security Information and Event Management (SIEM) tools to automate the event correlation and incident detection. Servers and network devices should be hardened and applied with latest security patches in a timely manner. Remote access should be controlled by centralizing with a landing server enforced with multi-factor authentication. Privilege accounts should be managed on need-to-know basis to avoid reviewing to excessive people and uncontrolled time period of possession.
Universities can also consider deploying web application firewall or even APT protection / detection systems. Rule set tuning will be required to configure these systems to work properly in order to reduce false alarms. The security architecture should be designed in such a way that firewalls, IPS / IDS, web application firewall or APT protection/detection systems work in layered defense mode. 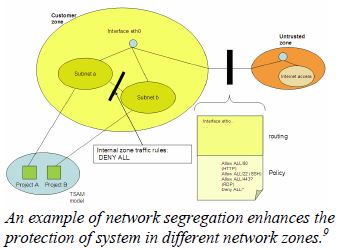 As explained in the anatomy section, APT attackers will try to move laterally to compromise more computers. Universities can better protect their computer systems by placing the systems in different protected network zones according to their functions or sensitivity. Even if one system is compromised, attackers cannot easily compromise nearby systems if they are placed under segregated network zones.
4. Monitor Suspicious Traffic
APT attacks involve call back traffic. Also, attackers will remotely control the compromised computers by connecting to the installed backdoors. If such network traffic can be monitored and identified, the indicator point of compromise (IOC) can be quickly reviewed. Having said that, it may not be easy to differentiate the call back and remote control traffic because attackers can encrypt the traffic and use the well-known ports for communications.
APT protection / detection systems are specialized in detecting and even blocking such kind of traffic. Some IPS / IDS are also capable of detecting unusual traffic patterns. Universities can consider implementing these solutions at appropriate network access points.
5. Improve Incident Response Capability
No organizations are immune to cyber attacks. In fact, corporate enterprises are beginning to shift to a new mindset that they need to prepare for the worse that they can become a victim target. It is imperative for Universities to define an incident response process. Because the attack can compromise systems, networks and applications, the process should be backed by a taskforce consisting of representatives from IT teams. The team should be trained to respond to suspected and confirmed attacks, contain the compromised environment, collect logs and evidence, and perform forensics investigation.
Conclusion 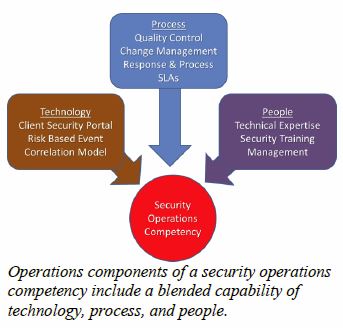 APT attacks are increasing on a global level. More corporate enterprises have been reviewed by the media to have been APT targets and even victims. These attacks have even reached to local Universities. APT attacks are certainly no myth, and the reality is defenses are still playing catch up. This reinforces the maxim that security is a process, not a one-off event or product.
Universities should start to pay attention to the threat, and consider implementing the recommendations to strengthen the protection of their infrastructure, also the sensitive information that they owned.
References