I. Background of Firewall

by JUCC ISTF
SHARE THIS
/* The following article is extracted from the "Information Security Newsletter" published by the JUCC IS Task Force. */
Any device that controls network traffic for security reasons can be called a firewall. It puts up a barrier that controls the flow of traffic between networks and is able to protect the boundary of a university’s internal network whilst it is connected to other networks (e.g. the Internet, third-parties’ private networks).
The safest firewall would block all traffic, but that defeats the purpose of making the connection. Therefore, the key function of a firewall is to strictly control selected traffic in a secured manner.
There are three major types of firewalls that use different strategies for protecting internal networks from external or internal threats. 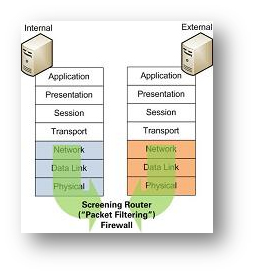 Also known as "Packet Filters", the Screening Router is the first generation of firewall devices built on network routers and operate in first three levels of OSI reference model. The device checks for matches to any of the packet filtering rules pre-configured, and drops or rejects the packet accordingly. 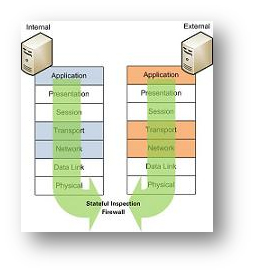