by Tony Chan
SHARE THIS
Newly released in January this year, Microsoft Office 2013 is the latest version of the Microsoft Office productivity suite designed to make creating, editing, reading and sharing documents easier and quicker. It is a cloud-based product that is closely integrated with SkyDrive, a free cloud storage service offered by Microsoft. It includes many changes and new features such as user interface enhancements with the introduction of support for Touch.  In this article, we will highlight some of the notable changes/new features, along with screenshots and descriptions.
Global Changes

Office 2013 conforms to the flatness design of Microsoft Modern UI. White backgrounds are used in Office applications. Much of the visual effects like translucent Aero UI, 3D elements and shadows have been removed. Blank pages won’t be shown at launch of applications. Instead, a new colour-coded start screen (blue for Word, green for Excel, orange for PowerPoint) will be displayed, presenting templates, a list of recent documents, and an option for reopening a document, as well as showing details of the SkyDrive account that you are currently logged in. 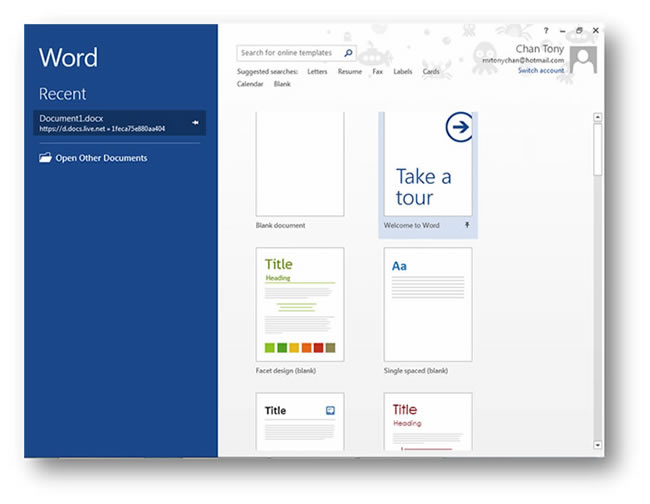 A new feature called Touch Mode is introduced in Office 2013. It toggles a new display mode that is optimized for fingertips. It increases the size of Quick Access Toolbar (QAT) and ribbon tabs, adds spacing around small buttons in the ribbon, and increases the height of the status bar. Users can toggle Touch Mode on and off easily by clicking the Touch Mode icon on the QAT. 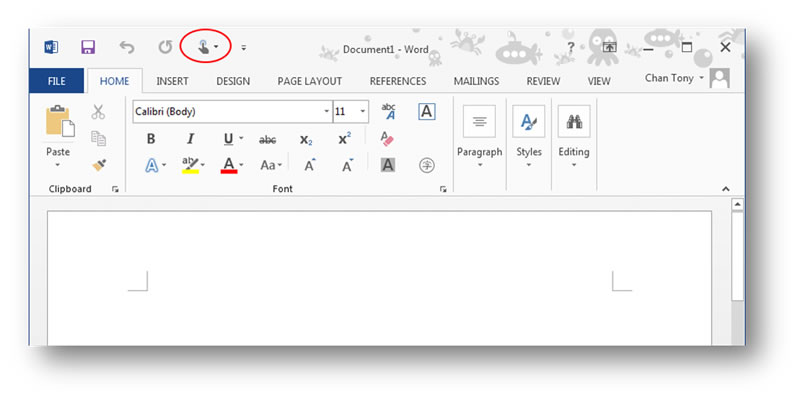 Office 2013 is designed to integrate with cloud usage. A user can log in to his/her SkyDrive account via the Office applications and the default save location of Office 2013 is the user's SkyDrive, not the C drive. With SkyDrive, a user can access his/her files from any devices anywhere and also share and work on files easily with others through cloud service. 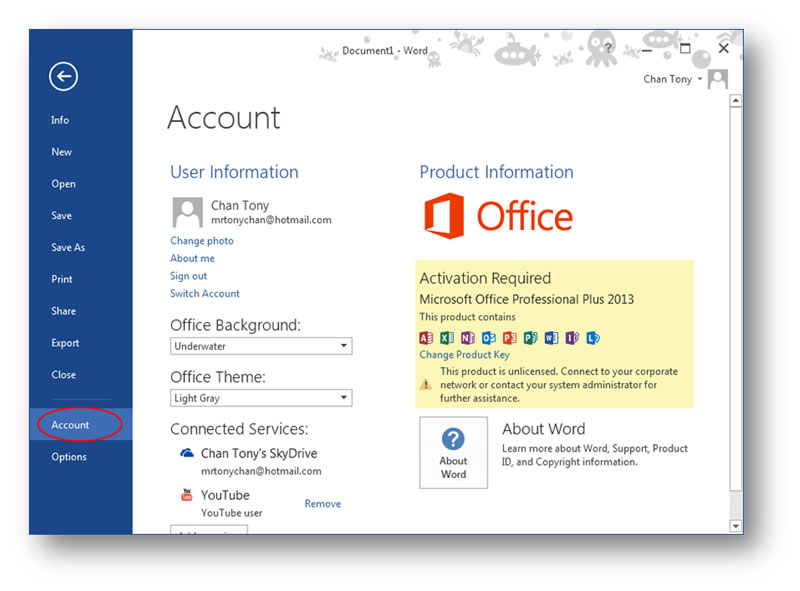 Now users can insert photos, pictures and videos directly from online resources such as YouTube, Bing Video, Flickr and SkyDrive into Office 2013. For example, you can click the Online Video button in the Insert tab of Word, search the video that you want and insert it into your document. Once you have inserted the video, it is easy to resize it by dragging the corners or sides. There is also a little pop-up tab next to the frame for selecting the layout options. 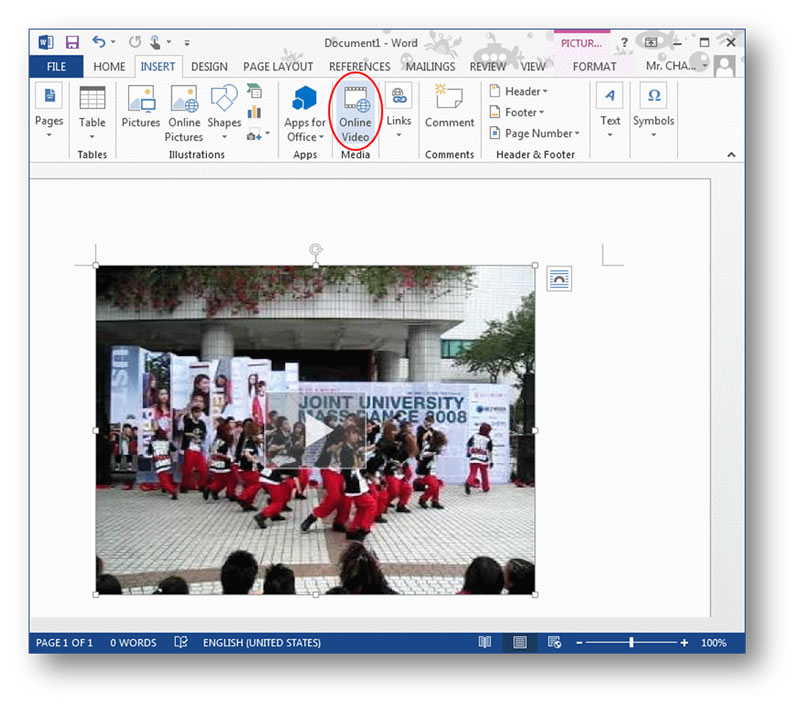 Word 2013 has a new Read Mode that displays documents in an easy-to-read format like reading a book. In this mode, the document is divided into columns while editing tools (the ribbon and toolbars) are removed to minimize distractions.  Users can scroll through the document by sliding horizontally with fingers. 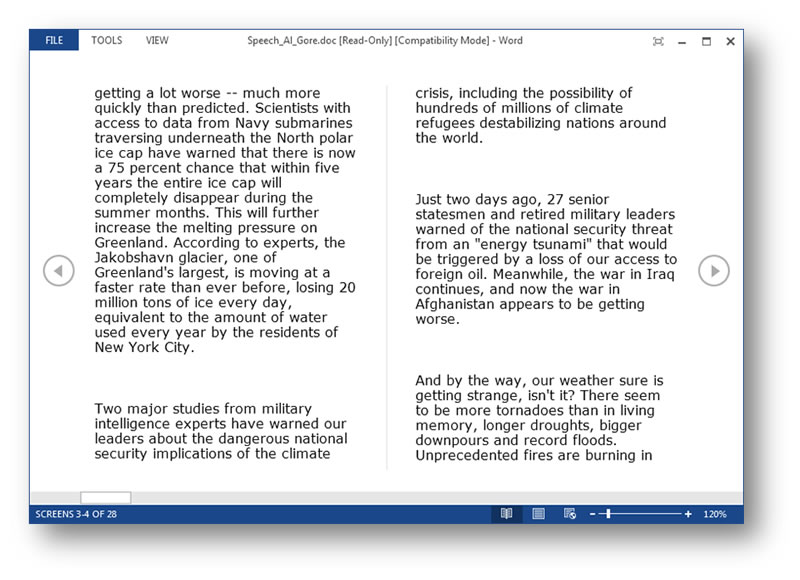 Users can edit PDF files in Word 2013 now. You may simply open a PDF file in Word 2013 (structures such as paragraphs, lists, headers, columns, footnotes, and tables of the file will be retained), make changes and then save the document as a PDF file again.  It makes PDF editing easy and no extra PDF editing software is required. 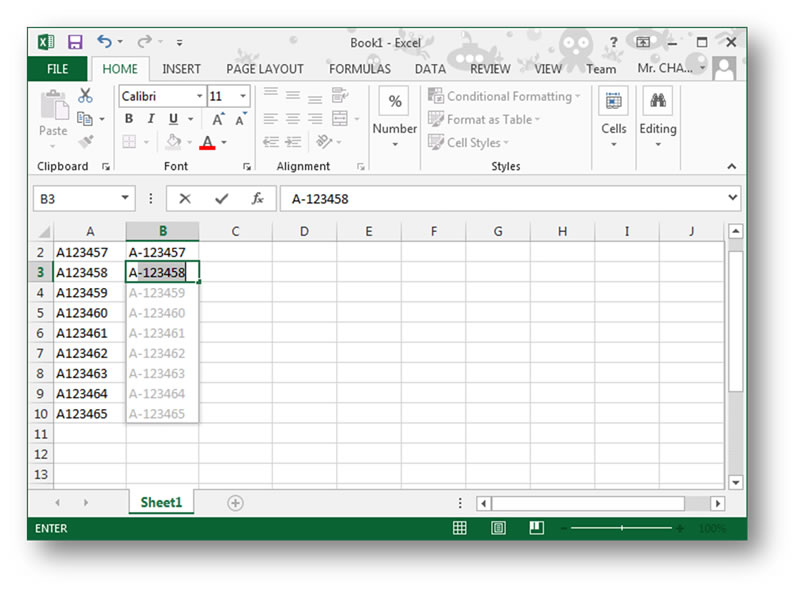 A new button called Recommended Charts can be found in the Insert tab of Excel 2013. It speeds up the process of creating charts in Excel. When you select data in your worksheet and click this button, the most suitable charts for your data will be recommended.  Once chosen, you can use the Quick Analysis Lens and Formatting Control sections to tweak, redesign and annotate your charts as you like. 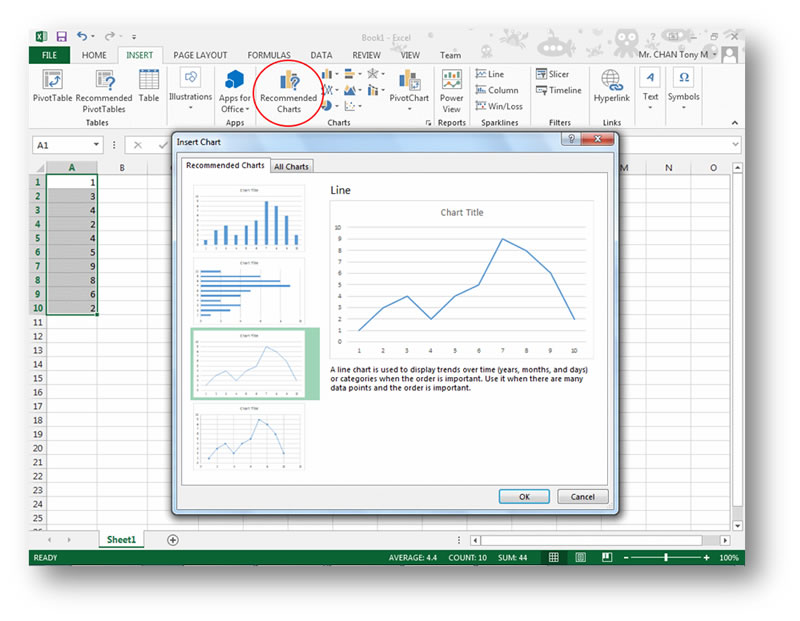 The Presenter View has been upgraded in PowerPoint 2013 with some additional new features. It gives the presenter more control over the slideshow when delivering a presentation. First, there is a new slide navigator that allows the presenter to jump to slides without first exiting the slideshow. In addition, the magnifying glass can be used to zoom in charts, diagrams, or whatever you want to emphasize for your audience. The pen and laser pointer tools let the presenter highlight areas for attention.

Most of the display devices such as TVs and projectors have been changed to widescreens. PowerPoint 2013 has also included the 16:9 layout and new widescreen themes to cater for this change.