Implementation of BitLocker to Go Encryption for Removable Storage Devices

With the mobile workforce growing continuously, it is a major concern for IT decision makers to protect sensitive data on mobile computers. Starting from Windows Vista, BitLocker Drive Encryption helps protect sensitive data from being accessed by unauthorized users. BitLocker To Go extends such data protection to USB storage devices, enabling access to be restricted with a password. BitLocker To Go can even be forced to apply on all removable drives in an organization by IT administrators through the group policy.

Setting up BitLocker To Go on a USB drive is a straightforward task. Once the USB drive is inserted, right-click the device in Windows Explorer and select Turn on BitLocker… from the pop-up menu as shown below: 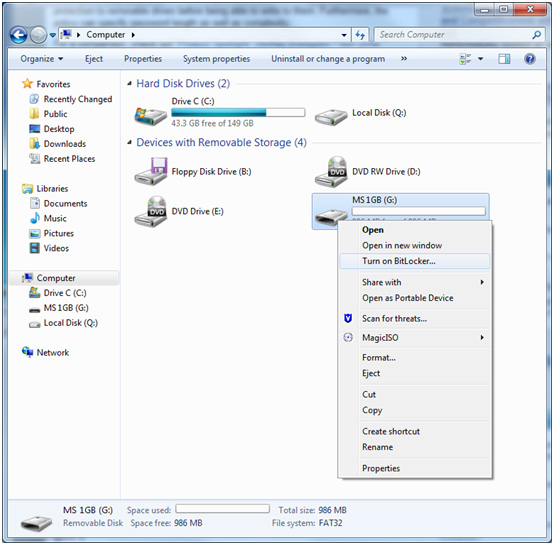 As soon as the “Turn on BitLocker…” command is clicked, initialization will take place. This process is not fatal as the data on your USB drive will not be affected.

Once the initialization is done, BitLocker To Go will prompt you to set up a password or use a smart card + PIN for unlocking the drive. In our case, we will use the password option. 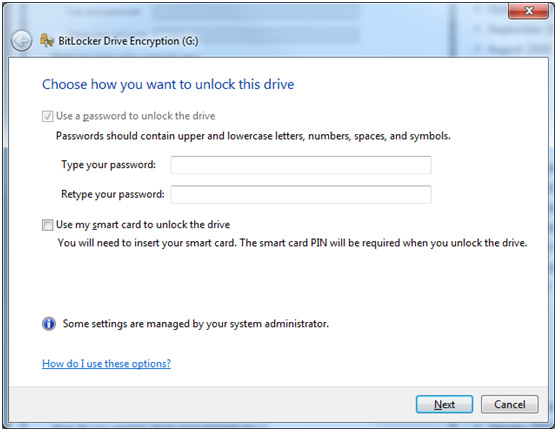 Once a password has been keyed in, the next step is to set up the recovery key, as shown in the following figure, to unlock your drive should you forget the password. 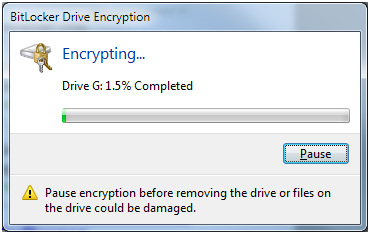 If for some reasons, you need to remove the drive during the encryption process, you must press the “Pause” button to stop the process; otherwise files stored on the drive may be damaged or lost.

Once the drive is encrypted, you will notice that the icon associated with the encrypted drive has changed, as shown in the following screen. 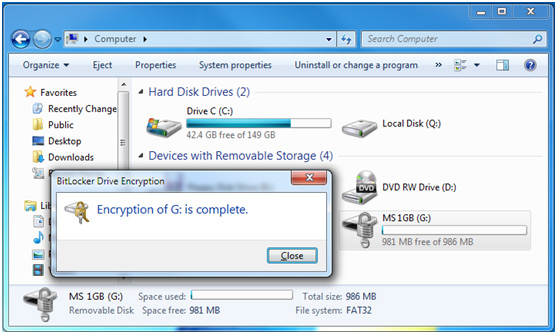 Using BitLocker To Go in Windows 7

When a BitLocker To Go encrypted drive is inserted to a PC with Windows 7, you will be prompted for the password immediately. The drive will be unlocked automatically when the correct password is entered. You can use the encrypted drive as usual. 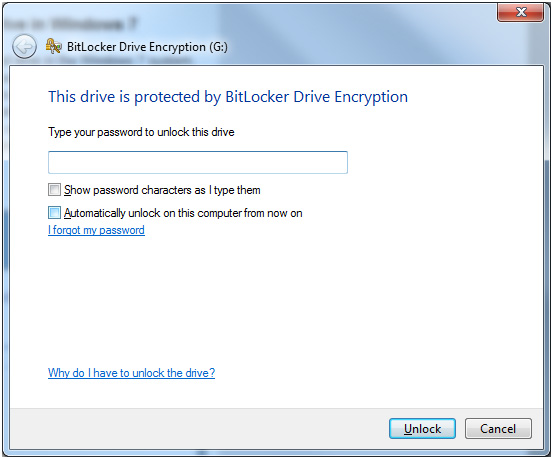 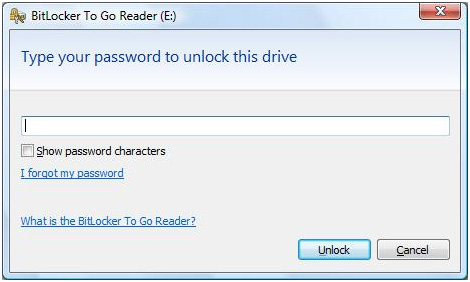 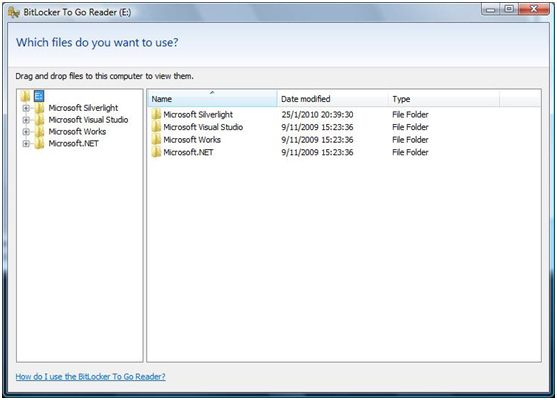 With the BitLocker To Go Reader application, you can only read files and copy them to your PC. You will encounter an error if you try to save files back to the drive because no operating system prior to Windows 7 is capable of writing to a BitLocker To Go encrypted drive. Furthermore, it is not possible to directly open any files inside the BitLocker To Go Reader, attempting to do so will bring up a pop-up window as shown below, to prompt you to copy the file to the Desktop first.

For details, please refer to http://blogs.techrepublic.com.com/window-on-windows/?p=1176