Professor Chan has over 25 years of research experience in air pollution and aerosol science.  He specializes in aerosol water uptake and phase transformation, gas-aerosol interactions and the formation of secondary aerosols in the atmosphere, and laser spectroscopy of aerosols. Professor Chan received Haagen Smit Award of Atmospheric Environment in 2015, Second Prize of the State Natural Science Award in 2010, and First Prize of the Natural Science Award in 2007. He was the first winner of the Asian Young Aerosol Scientists Award.  He was Science Advisor to Secretary of Environment, during his sabbatical at the HKSAR Environment Bureau in 2014.  He served as Editor in Chief of Atmospheric Environment from 2008 to 2019. 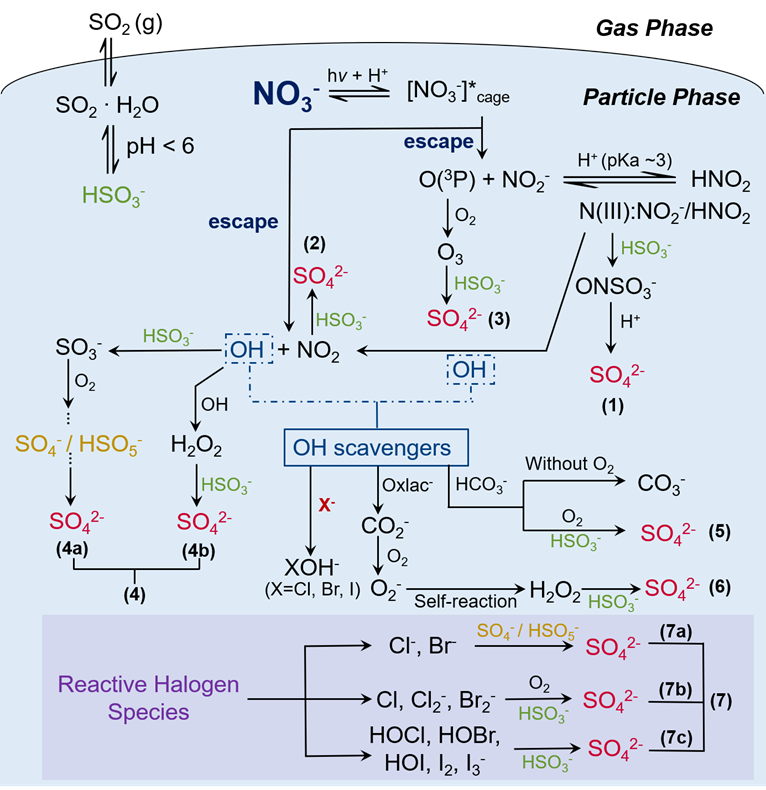 Mechanisms for sulfate production during nitrate photolysis at 300 nm in the presence of halide ions or OH scavengers (NaHCO3 and oxalic acid). Zhang et al. (2020) Enhanced Sulfate Production by Nitrate Photolysis in the Presence of Halide Ions in Atmospheric Particles. Environmental Science and Technology.
https://doi.org/10.1021/acs.est.9b06445.