In collaboration with CityU State Key Laboratory in Marine Pollution (SKLMP), a fish raft was originally established and operated at O Pui Tong, Kat O, which is an island at the northeast of Hong Kong. The Raft has been recently moved to Tai Tau Chau, Sai Kung. The fish raft plays the role as an experimental based mariculture platform to support in situ scientific research and initiatives.

The fish raft was equipped with a real-time observatory system which is capable to measure various physio-chemical parameters including air temperature, surface water temperature, turbidity, salinity, pH, dissolved oxygen and nutrients, as well as biological parameters such as chlorophyll a. 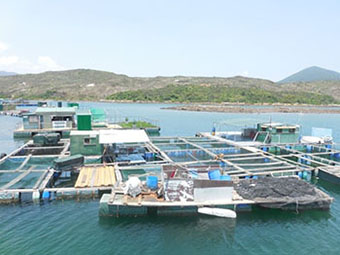