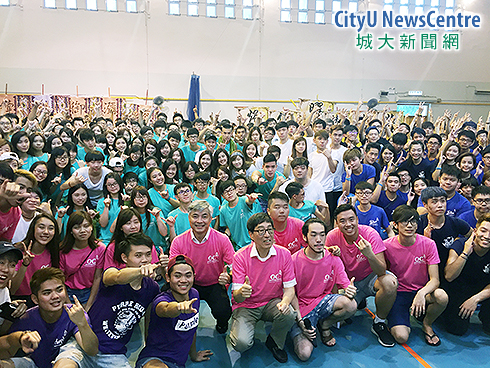 New students were welcomed by Professor Way Kuo, President of City University of Hong Kong (CityU), at an orientation camp organised by the Students’ Union on 3 September.

Around 420 lively freshmen got to know each other and found out more about CityU during a series of interactive games.

In his welcoming remarks, Professor Kuo encouraged the Year 1 students to make the most of the exciting orientation events and school life in general.

During his visit, Professor Kuo took photos with the students. Also attending the camp was Dr Ron Kwok Chi-wai, Dean of Students.

The camp was held at Po Leung Kuk Pak Tam Chung Holiday Camp in Sai Kung from 3 to 5 September.