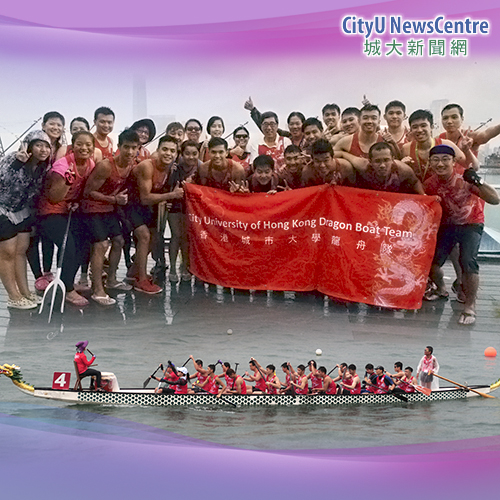 More than 20 students and staff members from City University of Hong Kong (CityU) took part in the Hong Kong International Dragon Boat Races 2016 at Victoria Harbour on 11 June.
It was the fourth consecutive year that the CityU Dragon team, which is made up of students and staff members from different units on campus, had joined in this boating event.
Despite the heavy rain during the races, the Dragons, especially the younger students, showed off their high spirits and enthusiasm. Professor Way Kuo, University President, was on hand to help support the racers.
A number of new recruits have joined the CityU Dragons in the past few months, including freshman and sophomore students whom the old hands are helping to train for future races.
The Dragons will continue their weekly training sessions for upcoming races in July, September and October. Another aim is to get the student team into the races organised by the University Sports Federation of Hong Kong next year.