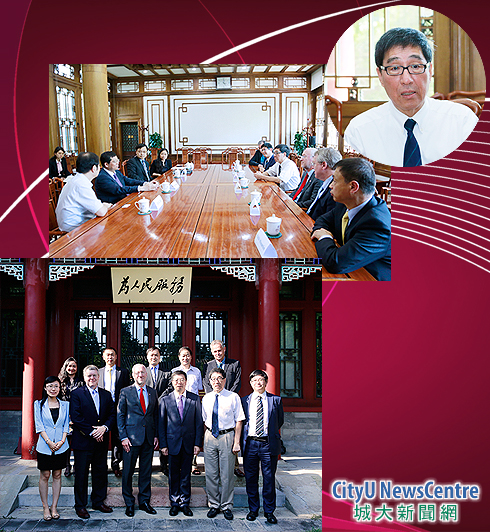 A delegation of senior officials from City University of Hong Kong (CityU) and Cornell University (Cornell) explored areas of mutual interest for collaboration on a visit to Beijing.

Professor Kuo introduced his party to the THU management and expressed the wish to open discussions on future collaborations between the three universities, especially in the biomedical, medical and veterinary medicine areas.

Professor Qiu introduced the visitors to THU’s achievements in academic development and nurturing talent. He also recalled the history and milestones of the collaboration between the three universities and expressed hopes for this partnership to continue.

The visiting delegates enjoyed a tour of the historic parts of THU and expressed their appreciation of the beauty of the campus.