​City University of Hong Kong (CityU) will confer the title of Honorary Fellow on four distinguished persons in recognition of their significant contributions to the development of, and service to, the University.
On the recommendation of the Honorary Awards Committee of the Council, Dr Norman Leung Nai-pang, Pro-Chancellor of the University, has approved the conferment of the award of Honorary Fellow on Mr Simon Hui Hing-tak, Dr Joseph Lee Chung-tak, GBS, SBS, BBS, JP, Mr Armstrong Lee Hon-cheung, and Mr Yeung Ka-sing, GBS, MBE, JP. The Honorary Fellow Presentation Ceremony will be held on 23 September. 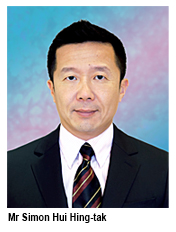 Mr Simon Hui Hing-tak, founder, Chairman and Chief Executive Officer of E.P.S.A. Corporation Limited, has more than 25 years of experience in business and is an active participant in public service. In addition to being the Director of the Hong Kong Chiu Chow Chamber of Commerce, he is Vice-Chairman of the Chinese Entrepreneurs Organisation, Executive Director of the HK–Hunan Youth Exchange Promotion Association, and was the President of the Lions Club of Metropolitan Hong Kong. Mr Hui received his BA (Hons) degree in Business Studies at CityU in 1991. Over the years, Mr Hui and his companies have made continuous contributions to CityU. Mr Hui was recognised as a Pine Awardee and Honorary Member of the CityU Alumni Giving Club for his generous donation in 2012. He is currently a member of the CityU Court, Chairman of the CityU Eminence Society, which proactively helps advance the University, and a member of the Board of Advisor of the Alumni Ambassador Scheme. 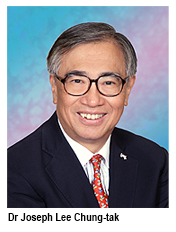 Dr Joseph Lee Chung-tak, Chairman of Wofoo Plastics & Chemical Group, Chairman of Wofoo Foundation Limited and President of Wofoo Social Enterprises Limited, was one of the first Hong Kong entrepreneurs to establish production facilities on the mainland. Dr Lee brings the same passion and dedication to his efforts in making a significant difference in Hong Kong. His commitment to delivering innovative social services for the whole of society has led to the establishment of the Grace Nursing Home and the W. F. Joseph Lee Primary School, as well as the founding of Wofoo Foundation and Wofoo Social Enterprises. Dr Lee has also served as the Chairman of the Hong Kong United Youth Association, President of the Hong Kong Chinese Importers’ and Exporters’ Association, District Governor of Rotary District 3450 (Hong Kong, Macau, Mongolia), and President of the Hong Kong Young Industrialists Council. Dr Lee has extensive experience in public service, including roles as a Deputy of the HKSAR to the National People’s Congress of the PRC, Standing Committee Member of All-China Youth Federation, and presently as Chairman of the Committee on the Promotion of Civic Education and Environment and Conservation Fund. He was awarded the Gold Bauhinia Star in 2013 by the HKSAR government. In addition, he is a keen supporter of CityU and served on the CityU Council and its committees from 2008 to 2013. 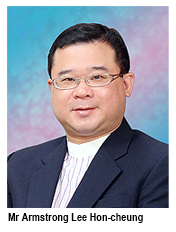 Mr Armstrong Lee Hon-cheung, Director of Worldwide Consulting Group Company Limited, is an experienced business consultant in human capital management and strategic planning. He possesses a wide spectrum of industry knowledge, advising renowned local and international companies in process re-engineering, market studies, financial planning, strategy formulation and execution. Mr Lee has held senior executive positions at leading companies in retail, IT and insurance industries. He is one of the pioneers in launching the superstore shopping concept in Hong Kong and is also the founder of the Cyberstore of a major supermarket chain in Hong Kong. Mr Lee is also highly supportive of CityU. He was a Council member from 2008 to 2013, serving the Audit Committee as well as the Human Resources Committee of the Council. He has made significant contributions to developing and adopting a merit-based performance review system to enable CityU to strengthen its leading position in teaching and research. Currently, he is a columnist at the Hong Kong Economic Journal, having published more than 300 articles about education, human capital management, economic development and career planning. 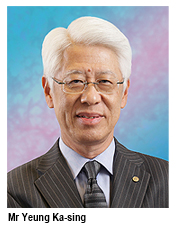 Mr Yeung Ka-sing has over 30 years’ experience in human resources management and training and development, and his professional qualifications have been widely recognised. He has worked for several multi-national and large local organisations such as The Hong Kong and China Gas Company Limited, Citibank, Shell Hong Kong, Gammon Construction Limited of Jardine Matheson Group and HSBC Investment Bank. Mr Yeung has always been active in public and community service. He is the past Chairman of the Hong Kong Housing Society, the past Chairman of the Community Investment and Inclusion Fund Committee, and the Past Chairman of the Standing Commission on Civil Service Salaries and Conditions of Service. He was also a Member of the Advisory Committee on Post-service Employment of Civil Servants and a General Committee Member of the Employers’ Federation of Hong Kong. In recognition of his significant contributions to society, he was awarded the Gold Bauhinia Star in 2012 by the HKSAR government. Currently, he is a Supervisory Board Member of the Hong Kong Housing Society, an Executive Committee Member of the Food for Good, which promotes the recycling of food waste, and a Co-opted Member of the Societal Engagement Task Force of the Commission on Poverty. A keen supporter of CityU, Mr Yeung served as a Council member and on various committees from 2008 to 2013.