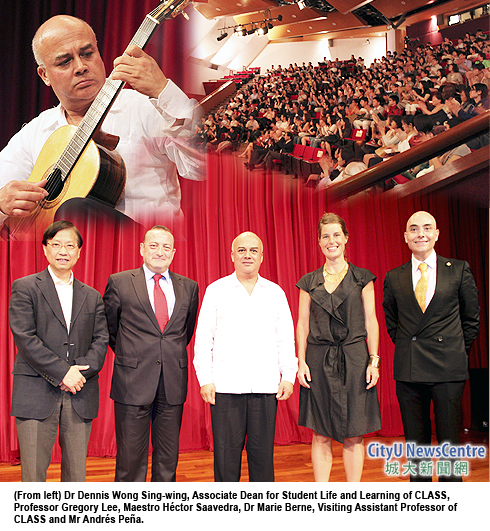 The famed Mexican guitarist Maestro Héctor Saavedra made his debut performance in Hong Kong at City University of Hong Kong (CityU) on 11 May. The concert was co-organised by CityU’s College of Liberal Arts and Social Sciences (CLASS), the Mexican Ministry of Foreign Affairs and the Consulate General of Mexico in Hong Kong. The performance was part of the college’s initiative to develop inter-disciplinary programmes in Latin American studies and strengthen cultural ties between Mexico and Asia. Mr Andrés Peña, Acting Consul General of the Consulate General of Mexico in Hong Kong, and Professor Gregory Lee, Dean of CLASS, delivered welcoming remarks before the performance.