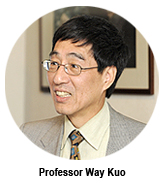 The purpose of the visit was to strengthen ties between the two universities.

During the talks, Professor Kuo said CityU has worked with many renowned universities in the mainland and was keen to establish closer relations with Xinjiang University, contributing to its development and nurturing its students. Four academics from the US accompanied Professor Kuo on his trip. 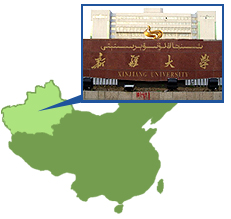 education institutions in China, including Tsinghua University, to support its development.

She added that Xinjiang University would try to fully utilise CityU’s international standing to enhance student and staff exchanges, student admissions and collaborations in academic research to promote the expansion of higher education in Xinjiang.