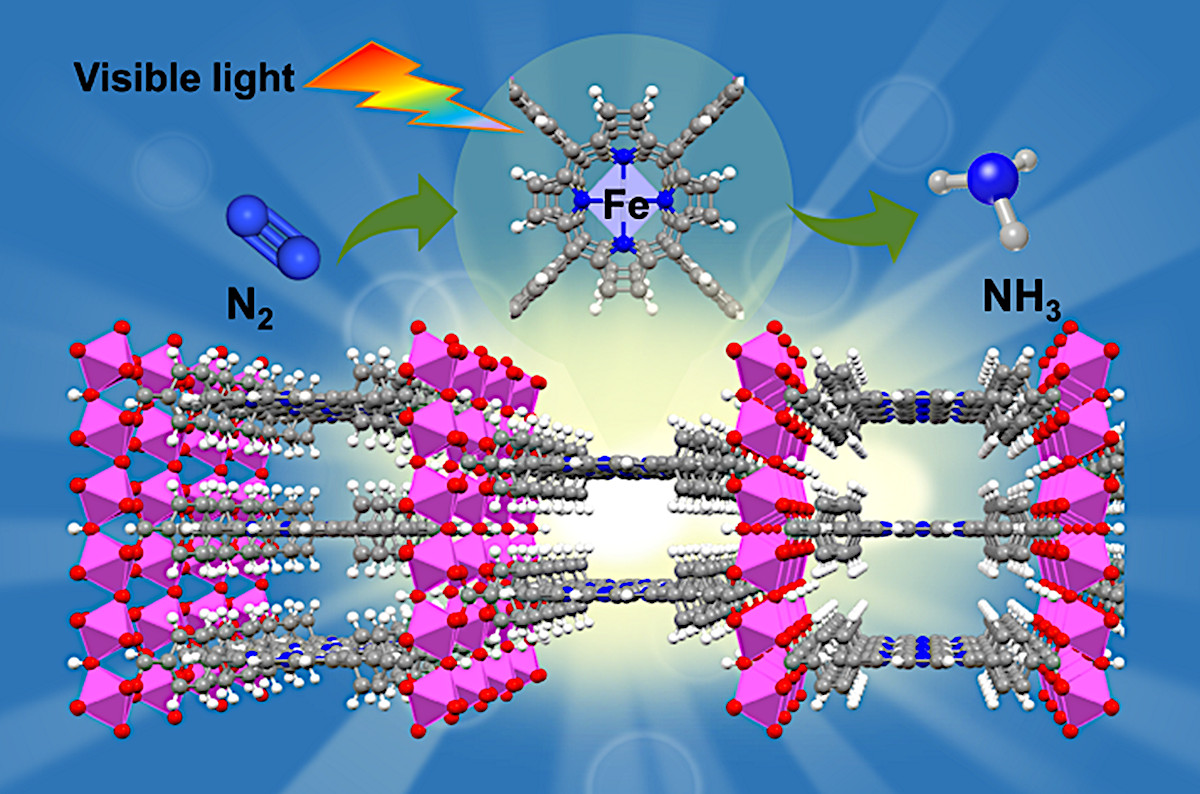 Fixing atmospheric nitrogen into ammonia is essential for sustaining life on earth. Today, nitrogenase in nature supplies half of such fixed nitrogen, while the other half is contributed by industrial Haber–Bosch process at elevated temperature and pressure. The Haber–Bosch process is not sustainable in that it uses hydrogen sourced from steam reforming of methane to reduce nitrogen, consuming huge amount of fossil fuels and co-producing massive carbon dioxide emissions.

To help secure a sustainable ammonia production, SEE’s two research groups, led by Dr. Jin Shang and Prof Michael Leung, joined their efforts in one team and developed a porous biomimetic photocatalyst capable of achieving artificial nitrogen fixation powered by sunlight at ambient temperature and pressure using water as the reducing agent. The results were published in ACS Nano (https://doi.org/10.1021/acsnano.0c10947).

Inspired by nature where the iron in nitrogenase favourably binds and activates nitrogen and the porphyrin moiety in chlorophyll effectively harvests sunlight, the team developed an iron-metalated porphyrin-based metal-organic framework (MOF) as photocatalyst for nitrogen fixation. Given ammonia is both an essential commodity chemical and a promising carbon-free energy carrier, its sustainable production will advance the development of the future nitrogen economy. The team hopes this synergistic and pioneer study would unlock a new toolbox for scientists and engineers in the field of catalysis to explore and develop porous MOFs-based biomimetic photocatalysts for catalysing difficult reactions at ambient temperature and pressure, not limited to artificial nitrogen fixation.