Most of us probably know more or less what an entrepreneur is. However, many people may not have heard of the term ‘serial entrepreneur’, let alone know what exactly it means. CityU alumnus Dr Jonathan Lee, a serial entrepreneur for almost three decades, explained this term with self-deprecating humour: “In our field, its definition is that one has to have set up several businesses – and have fallen down and then got up a few times.”

How about Dr Lee himself? He has formally set up three companies, and it is reasonably fair to conclude that categorising any part of this adventurous trilogy into either success or failure would be a gross oversimplification.

While still pursuing an MPhil degree in electronic engineering (EE) at the Chinese University of Hong Kong, the young Jonathan established his first startup with two CUHK classmates. “By a happy coincidence, we got acquainted with some personnel at Samsung Electronics. We happened to have some technology that they needed.” Soon, both parties collaborated, with Jonathan’s company acting as an OEM (original equipment manufacturer), which means that his company developed the products, and Samsung used them in its own brand of integrated circuits. “A couple of years later, we formally became their authorised design house.”

It was the best of times when the company yielded monthly profits of over a million dollars. That was in the 1990s, and they were still students. Unfortunately, it was the worst of times when, in 1997, the Asian financial crisis turned everything upside down. Their business declined drastically, and what they had earned they lost at breakneck speed. “Eventually, my bank account had less than a hundred bucks left. The business definitely ended in failure,” Dr Lee recalled with cool calmness. 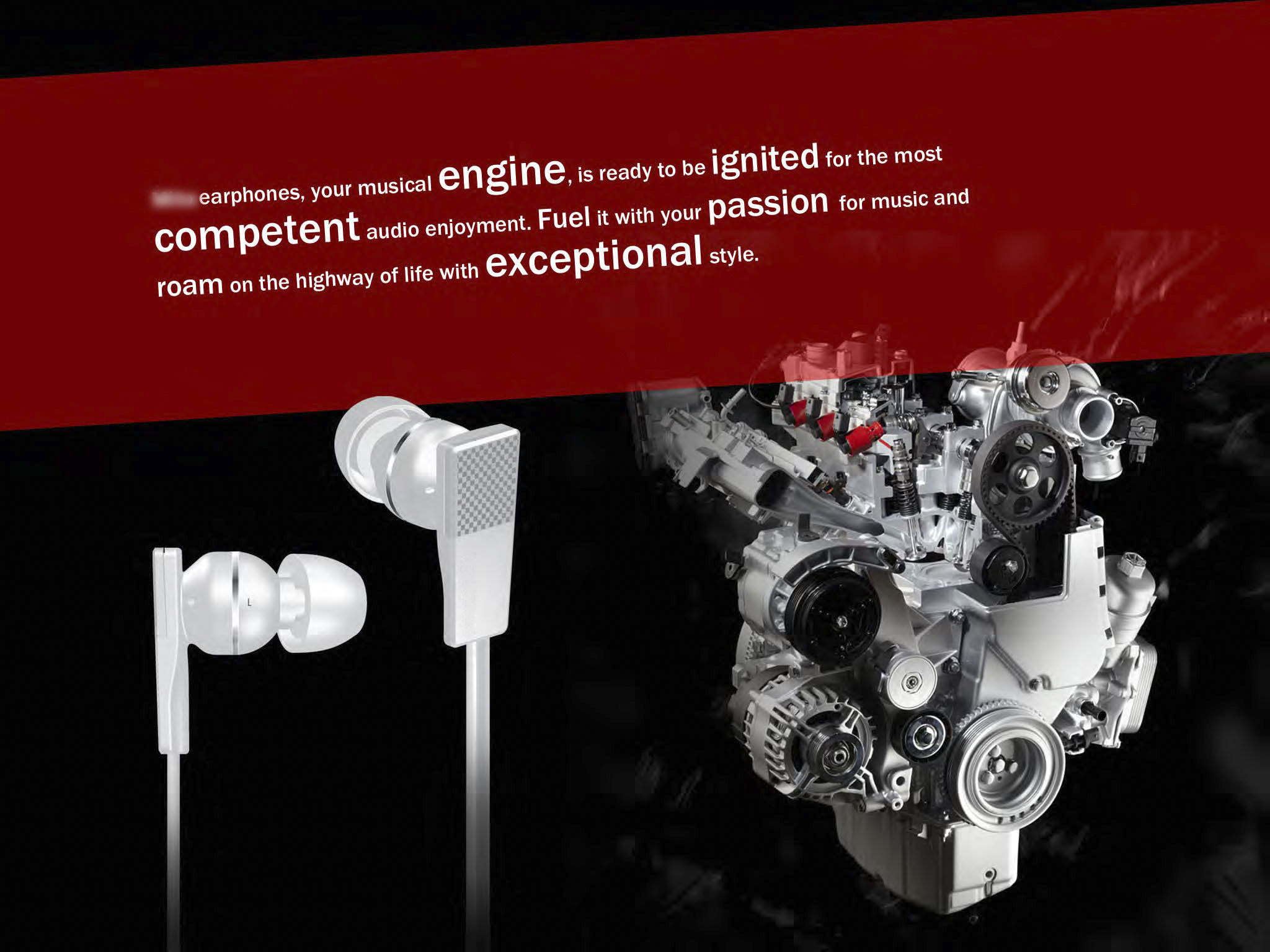 Ready to get up and leap into action again, the still-young Jonathan (and not yet Dr Lee) staged a comeback in 2000, establishing his second company with two good friends. At the turn of the millennium, wireless technology, especially Bluetooth, was a major talking point in the industry. The trio, optimistic about its development, formed AvantWave, a business that also adopted an OEM mode. About ninety percent of its business was focused on in-vehicle infotainment, with some of the world’s biggest automobile manufacturers – USA’s General Motors, Germany’s Volkswagen and Italy’s Fiat – its main clients.

The business was so successful that the three partners even considered going public.

Before that, there was a detour when they set up another firm, AutoWave, that aimed at creating their own brand of products specialising in electronic gadgets for automobiles. These include earphones, Bluetooth speakers, and even remote-controlled cars that used mobile phones. Was it successful? “Frankly, not really.” The reason?

Unlike OEM, doing business with one’s own brand requires a lot more resources. “Goods were supplied on a consignment basis,” Dr Lee explained, which means that payment is not made until after the buyer has sold the goods, and the unsold goods will be returned to the manufacturer. “Payment might be made only after half a year, so there was considerable cash flow pressure.”

In addition, substantial disagreement later arose among the three partners. “In 2015, I sold my shares to them and started the third company by myself.”

The year 2010 was when Jonathan became Dr Lee, after successfully publishing his thesis and thus awarded a PhD degree by CityU. In 2015, Dr Lee established his own firm, IOE, “a wireless solutions company providing Bluetooth, RFID hardware and real time indoor location service platform for the IoT market”. Working neither in the capacity of an OEM nor by its own branding, IOE provides services as an engineering consultancy.

By any standard, IOE is a highly successful hi-tech company – at least that was the case before the China-US trade war and the COVID-19 pandemic broke out. The enterprise has clinched two major honours from the prestigious Deloitte awards. In 2017, as a fresh startup, IOE won the Hong Kong Technology Fast Rising Star award. Then, after running for three years, IOE not only won the Technology Fast 2019 contest, but it even ranked one of the top three. Past notable winners included Apple, Google, Facebook, Baidu, Alibaba, Tencent, etc. Therefore, the development prospect of IOE was deemed quite promising.

Unfortunately, after the peak came the valley – the trade war and the pandemic changed the business landscape of the whole world, especially China and Hong Kong, sending many industries and businesses into an abrupt nosedive. “During 2019 and 2020, our revenue has dropped tremendously. Business with the US alone has plummeted by 80%.”

Grappling with such unforeseen and unwelcome changes, what are Dr Lee’s strategies and plans for IOE? He believes that there is much redeployment and transformation that needs to be done – and is in fact being done. One of the projects that has been carried out is providing positioning service in Hong Kong’s shopping malls. “We use the approach of VR (virtual reality). The technical advantage is that the malls do not need to install any hardware at all. What the customers need is just the cameras of their smartphones.”

IOE is also constantly undergoing R&D endeavours, and some of them have seen favourable outcomes. “For example, we have extended our RFID (ie, radio-frequency identification) domain from the consumer market to the industrial market.” One of their clients is headquartered in Switzerland and has a huge data centre in Hong Kong.

While serial entrepreneurship and electronic engineering are both intensely practical and down-to-earth, Dr Lee’s PhD research topic was largely theoretical. It was about quantum electronics. “My research was focused on a common type of transistor called MOSFET (ie, metal-oxide-semiconductor field-effect transistor). I wanted to know how it generates heat energy and how to reduce the heat thus produced.”

Sounds quite practical, but the research was actually rather abstract as it concentrated on three grand theories: 1. kinetic theory, which is about how particles move under various temperatures; 2. the second law of thermodynamics, which states that the entropy (ie, the degree of disorder and randomness of a system or device) is always increasing; and 3. the theory of black holes. In fact, the research paper involved so many theories and fields that many EE journals found it impossible to review. Finally, the thesis was published in a physics journal and Jonathan became Dr Lee.

“I love doing calculations, I love doing research,” Dr Lee reiterated a few times. So, why has he not followed an academic path in tertiary institutions? In fact, the young Jonathan did want to become an academic when he was still pursuing his master’s degree. The road, however, was far from smooth. “In the past, it was exceedingly difficult for local PhD graduates to secure a post in a Hong Kong university. Successful cases, while existent, were extremely rare. At that time, Hong Kong’s universities prefer to hire overseas graduates, especially those from reputable institutes.” That explains why Dr Lee switched his sphere of activity from the academic circle to the commercial arena.

Does that mean what he learnt in PhD studies is ‘useless’ to his entrepreneurial pursuit? Dr Lee disagrees. “I think that people, like me, who have done research in universities have our own way of tackling a problem,” he explained. “We would analyse a problem in a more systematic way, going to its root, thus understanding more fully what the whole issue is about. Then, we can find a solution more easily instead of making wild guesses.”

Having lived in both the academic and commercial worlds, Dr Lee reckons that the translation of research findings into commercial products and opportunities in Hong Kong is not satisfactory. “Research undertaken in universities is, of course, considerably academic and pretty technical.” Therefore, he believes that if nobody explains the research to the entrepreneurs, they will not even know that there is so much good stuff out there to utilise. “The relevant departments in universities must be able to use layman terms to explain these IPs (intellectual properties),” Dr Lee suggested.

Failure is not fatal

Having enjoyed many successes, and having faced some failures, disorder and black holes over the past years, Dr Lee is still bursting with kinetic energy and displaying stoicism. In fact, as long as one remains a serial entrepreneur, one could anticipate that hardships and failures are never absent.

The immortal words that eminent Irish author Samuel Beckett says succinctly and poetically in his prose piece Worstward Ho captures brilliantly the adventurous and indomitable spirit of a serial entrepreneur: “Ever tried. Ever failed. No matter. Try again. Fail again. Fail better.” After all, success is not final, and failure is not fatal; it is the courage to continue that counts. We witness such tremendous spirit personified wonderfully in Dr Lee and many serial entrepreneurs.