I. Background of Virtualisation

by JUCC ISTF
SHARE THIS
/* The following article is extracted from the "Information Security Newsletter" published by the JUCC IS Task Force. */
Virtualisation is the separation of resource or request for a service from the underlying physical delivery of the service. It can dramatically improve the efficiency and availability of resources and applications in your organisation. A common example is computer software gaining access to more memory than physically installed, which is achieved by the partitioning of memory space and background swapping of data to disk storage.
In view of the underutilisation under the old "one server, one application" model, the explosion of the data size, high administration costs for the servers and the incompatibility of different operating system (OS), this gives rise to the need for the virtualisation technology.
Virtualisation technology can be applied to different IT infrastructure layers. The current trend of virtualisation includes server / hardware virtualisation, desktop virtualisation, application virtualisation and virtual infrastructure.
1. Server / Hardware Virtualisation 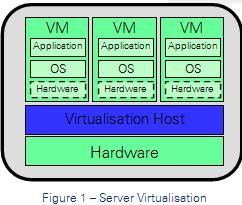 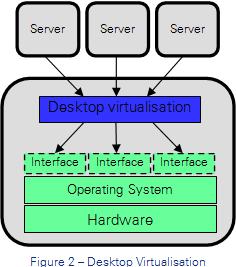 The major advantage of desktop virtualisation is that the management of data and program of each application can be centralised. This saves the installation of the applications on each client machine, and improves efficiency as it decreases the communication overhead between the client and the server. 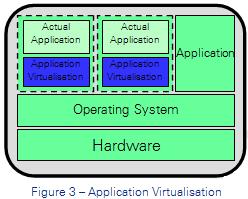 Apart from the virtualisation of hardware and application interface, the application itself can also be virtualised. Applications may be incompatible to each other when they are run on the same operating system, for instance because of the sharing of specific Dynamic Link Libraries (DLLs) or registry entries. 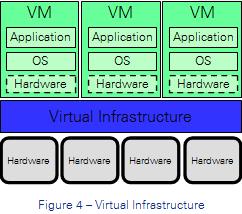 Harness the Full Potential of High-Performance IT Hardware

Most x86 computers today operate at a mere 10-15% of their total computing capacity, leaving vast IT resources untapped and unusable. But with virtualisation, you can increase utilisation to as much as 85% by running multiple operating systems on a single computer..