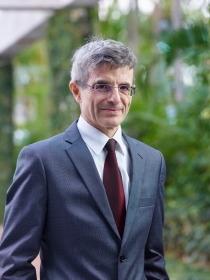 Cultural differences in risk perception play an important role when it comes to emergence of new infectious diseases associated with the animal-human interface. An example are the meat consumption behaviours in different parts of the world, and in the context of the emergence of the new coronavirus in Wuhan it is the consumption of meat derived from wild animals.

There is a video currently circulating on the internet showing a young Chinese woman eating a fried bat apparently with some delight. This sight reminded me of the fact that while globalisation has brought us closer together, there is enormous variation in cultural values systems, and I strongly believe that these differences are one of many reasons why this planet is such a great place to live on.

But the more connected we are via transport and trade networks and the more concentrated we live in megacities, the easier it becomes for infectious diseases to transmit very rapidly locally, regionally and globally. This means that we need to be much more effective at detecting outbreaks early and then be able to mount a proportionate response. But as important, or probably even more important, is a need to reduce the risk of such infectious disease emergence, because the enormous rate of human mobility severely compromises the likelihood of a timely emergency response.

A key factor that we need to understand is the role of human behaviour in the emergence of infectious disease risk, as well as in the spread of infection. With that information, policies should then be developed that result in lasting behavioural change, where that is considered socio-economically and culturally appropriate.

Wet markets are of particular significance in that context, and evidence from SARS, H5N1, H7N9 and now 2019-nCoV is a clear indication that urgent action is required. But it is essential to realise that such scientific investigations require an interdisciplinary approach that involves medical and veterinary experts, virologists, but probably most importantly social scientists, including economists as well as cultural anthropologists. This particular research approach is often referred to as One Health. The international organisations WHO, FAO and OIE have reflected the international consensus on the need for adoption of the One Health approach in the "Tripartite Guide for Addressing Zoonotic Diseases in Countries". Unfortunately, only few governments around the world have for their zoonotic disease prevention, detection and response governance adopted and institutionalised a true One Health approach.

For me as a consequence of my cultural background, it is difficult or even impossible to understand why someone prefers to eat meat from freshly slaughtered animals or believes that there are health benefits associated with some exotic animal meats. I do know that because of my personal biases, I am not in a position to judge right and wrong, and I firmly that we need to understand the reasons for these behaviours.

We need to take that knowledge into account when we consider the potential need for risk mitigation or any ethical or legal issues in terms of the animal species that is being consumed. An understanding of the rationale for these behaviours needs to inform the development of a choice architecture, involving a mix of appropriate regulations and nudges, that will result in effective behaviour change. Currently, the focus is often on government regulation which often cannot be effectively and sustainably enforced combined with very traditional communication tools, such as posters that aim to visualise the risk and desirable behaviour. A widespread adoption of a One Health approach involving medical, veterinary and social science, as well as other relevant scientific disciplines, would significantly improve our chances of dealing much more effectively with future zoonotic disease threats. And it is recognised that the scientists who usually are used to only work within their scientific discipline's silos will need to learn to respect the importance of knowledge generated by the other disciplines, and how to integrate such that it can result in the development more effective disease prevention and control policies.

This opinion piece was published in the South China Morning Post on 30 January 2020.