Dr. Carol Lin is an Associate Professor in the School of Energy and Environment at the City University of Hong Kong.  She was a Visiting Assistant Professor at the Bioengineering Program in the Department of Chemical and Biomolecular Engineering at the HKUST from January 2010 to June 2011. Prior to this, she was a postdoctoral researcher in the research group of Professor Wim Soetaert at the Centre of Expertise – Industrial Biotechnology and Biocatalysis (InBio.be) at the Ghent University in Belgium.  She worked in a project titled ‘‘Optimalisation and scale up for succinate production using genetically modified Escherichia coli’.  It was the last phase of a collaborative project titled the “Metabolic engineering and dynamic modelling of Escherichia coli for the production of chemicals from renewable resources” (MEMORE) project.

Her recent work on 'Starbucks Biorefinery' strategy for sustainable production of succinic acid has been highlighted by the American Chemical Society (ACS) in the 244th meeting in Philadelphia, USA as well as in numerous high profile media venues such as Time Magazine (US Edition), BBC News, CNN and the South China Morning Post in Hong Kong.

There is a growing demand to establish biotechnology-based processes for material, chemical and fuel production which can decrease our dependency on dwindling oil reserves and reduce greenhouse gas emissions. These novel bioprocesses are incorporated into biorefineries, which are integral units converting different renewable-derived feedstocks into a range of useful products as diverse as those from petroleum using environmentally friendly technologies. A number of agricultural-based biorefinery processes have been developed and realised at commercial scale since the past decade. At the same time there are growing concerns over organic waste generation and insufficient resource supply due to the ever-increasing global population and the cradle-to-grave system of material flows in the linear economy.

Therefore, the research in our team aimed at valorising organic waste materials through bioconversion processes to recover their inherent nutrients for transformation into value-added products. Waste-based biorefinery not only provides a means for waste treatment, but also promotes the development of a circular economy by valorising wastes into high-value products. As part of this goal, the recent projects conducted in our group mainly focused on the development of integrated biorefinery strategies to valorise food and textile wastes. Due to the different characteristics of the waste materials, the bio-processes were specifically designed and demonstrated in laboratory- and pilot-scales, accompanied with techno-economic assessment for evaluation of technical and economic feasibility.

Innovative green technology capable of recycling mixed textile waste developed by a researcher from the School of Energy and Environment (SEE) at City University of Hong Kong (CityU) and her research team has won a Gold Medal at the 46th International Exhibition of Inventions of Geneva.

Conversion of food waste into polylactic acid fibre (PLA) - Gold medal with jury's commendation of the 44 International Exhibition of Inventions Geneva This is a novel biological process using food waste as the raw material to produce PLA fibre. The technology uses a fermentation process to yield lactic acid. This is then polymerized and spun into fibre. PLA is biodegradable and so the final textile product will degrade to H2O and CO2 after its useful life. 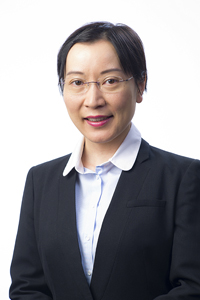