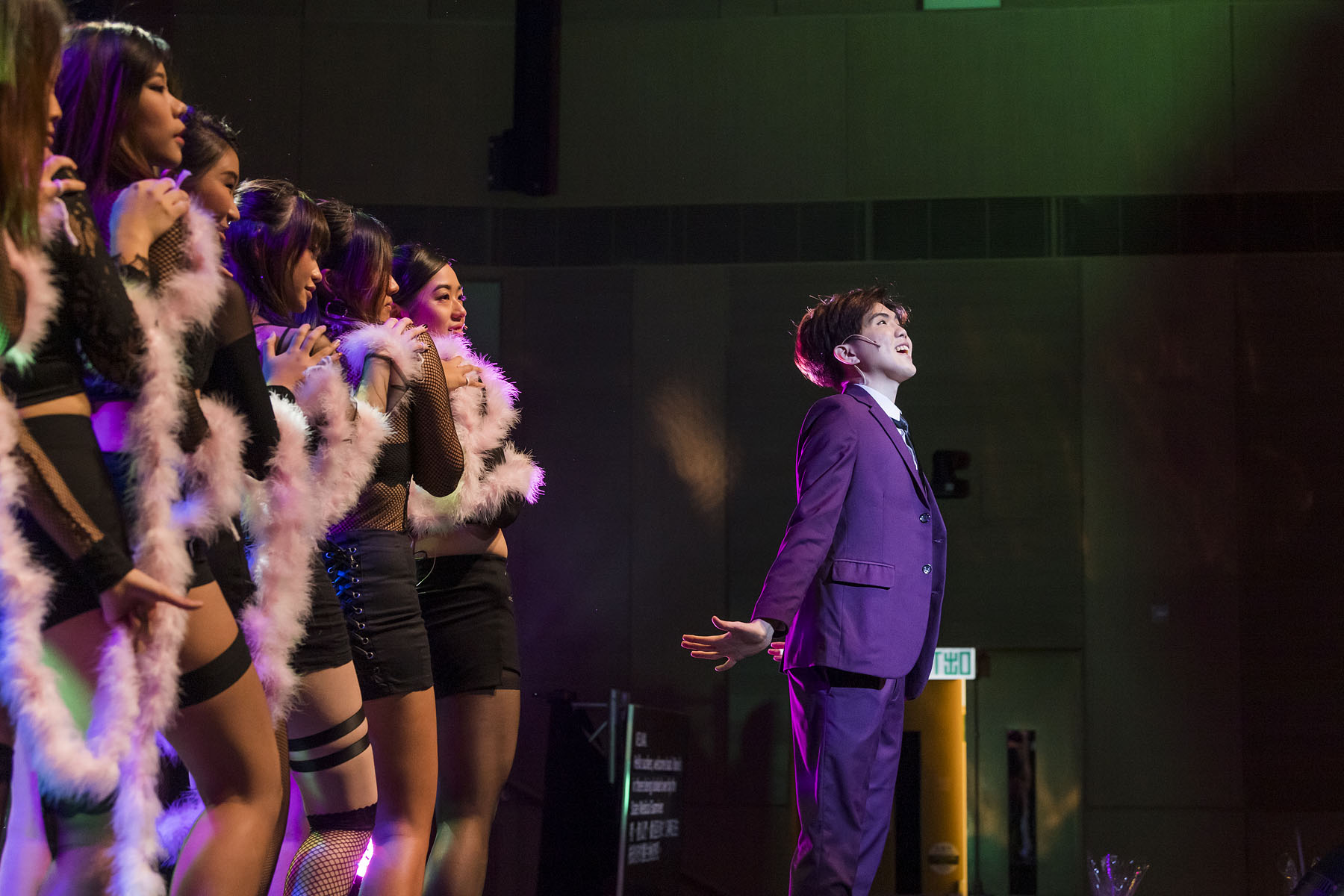 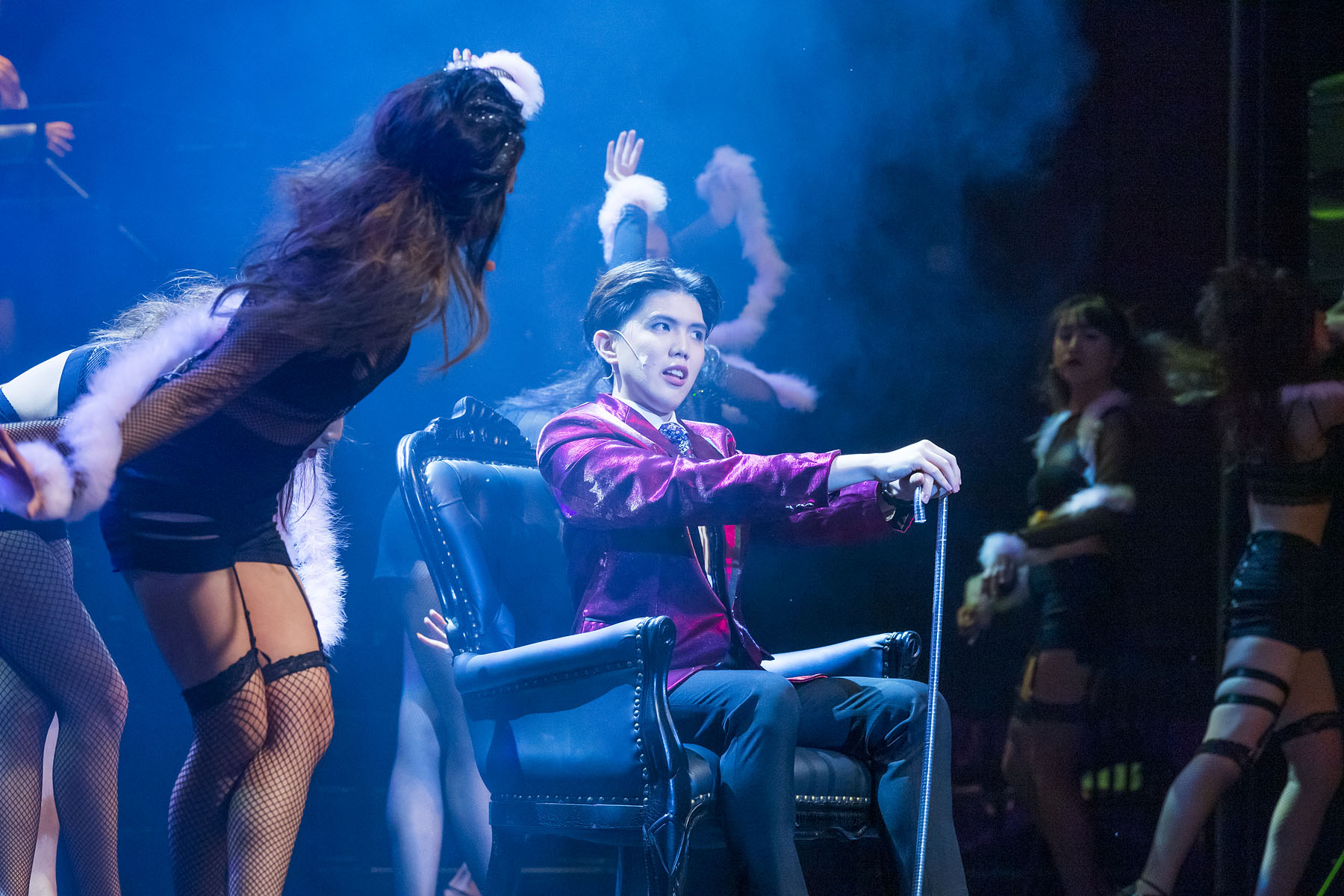 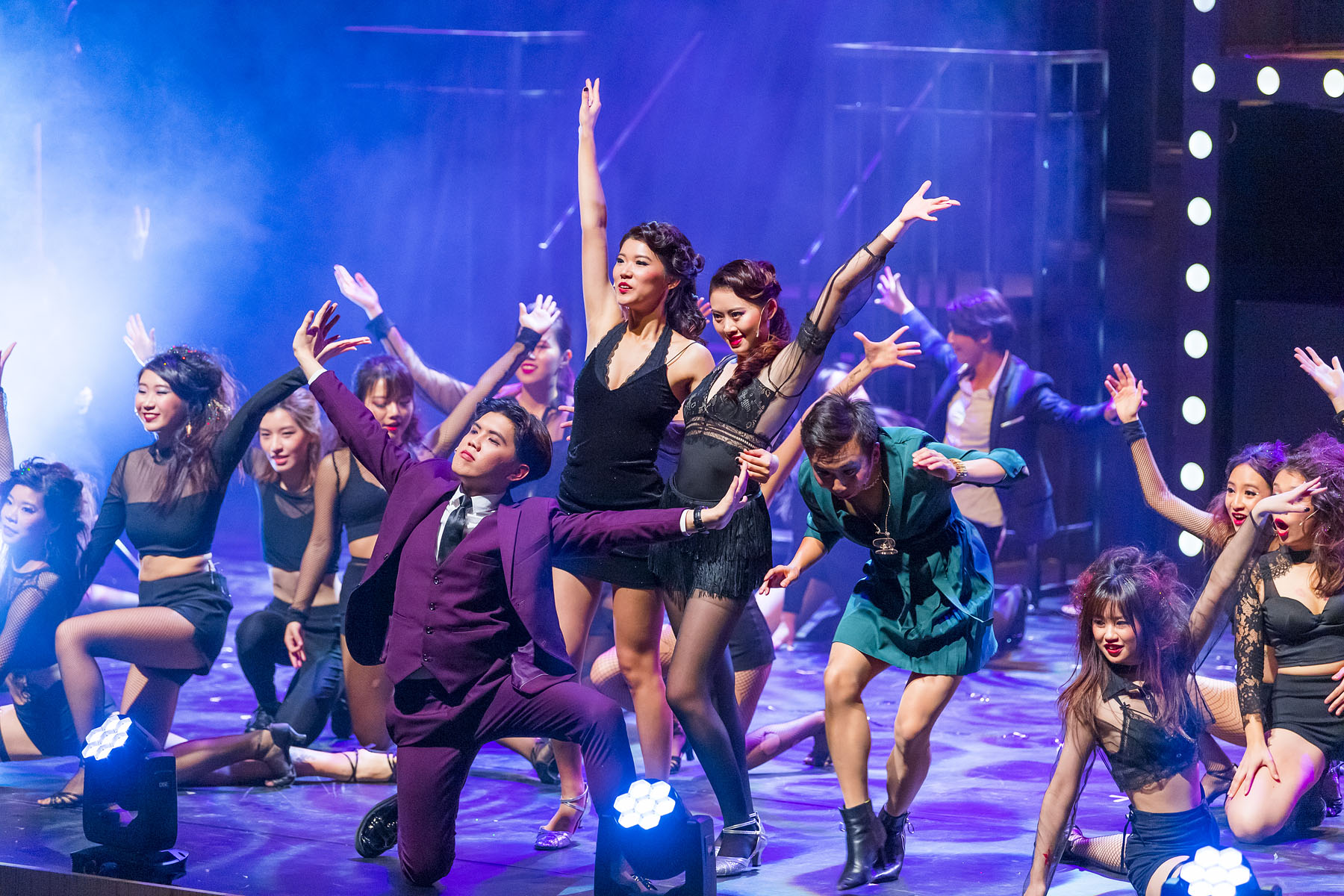 The 3-week City University of Hong Kong (CityU) Arts Festival 2019 reached its climax when CityU students performed the Broadway musical Chicago from 31 October to 2 November, turning the stage into an extravagant city that never sleeps.

Chicago is one of the longest-running musicals in Broadway history. It has won six Tony Awards, the highest recognition in American theatre, and was adapted into an Oscar-winning movie.

The students trained intensively for several weeks, with much sweat and some tears, to perform to their best.

During his visit to the final rehearsal, Dr Tim Wong Chi-tim, Director of Student Development Services, expressed his appreciation.

“Musical theatre is a challenging art form. It demands acting, singing and dancing. The students’ performances proved that their hard work has paid off,” he said.

Professor Way Kuo, CityU President and the driving force behind setting up the festival, has tried to create a cultural and artistic campus by supporting the annual event with the Student Development Services since 2015. Though he was unable to attend this year’s musical performance due to scheduled appointments, he sent the performers words of encouragement and his best wishes to boost their morale.

CityU aims to become an arts hub in the community. The arts festival enriches the cultural atmosphere on campus, seeks to nurture a life-long appreciation of the arts, and brings together student performers with professional artists. Under the theme “Citilian Rhapsody”, the CityU Arts Festival, now in its 5th season, has touched audience’s hearts and let their spirits fly.

In the closing concert on 8 November, Butterfly Lovers will be presented by the CityU Philharmonic Orchestra and violin soloist Mr Gary Ngan, marking the successful finale to this year’s festival.