The Evolution of CityU Mobile

by Vicker Leung (OCIO)
SHARE THIS
There's no doubt that nowadays mobile devices already become one of our essential gadgets, and we spend hours daily on these devices to consume news, socializing, gaming or work. According to a study [1] in March 2015, the digital media time people spent on mobile devices (phones and tablets) already surpassed that on desktops. We can foresee that it will keep rising when more people started to equip themselves with smart watches, armbands or other wearable devices.
Three years ago the Central IT started to evaluate and develop mobile applications for CityU members, to address the increasing demand of services and information on mobile devices. In 2012, we released CityU Mobile CAP and Mobile News as pioneer projects, followed by Mobile AIMS, Mobile Admission Interview and finally the CityU Mobile in 2013 [2].

First released in Nov 2013, CityU Mobile is one of the most popular CityU mobile apps. Till now there are more than 15,000 installations, launched more than 170,000 sessions in just 22 months. In fact, CityU Mobile is the top-rated higher education mobile app in Hong Kong since Aug 2015, which is a strong indicator showing that our mobile strategy well matches our staff and students' expectations.

The development team of CityU Mobile mainly consists of our talented students. They came from various departments like Computer Science, Electronic Engineering, Creative Media, Marketing, etc. The mix of their corresponding skill sets enables CityU Mobile to have a list of powerful and user-friendly features that target our users' daily needs. Furthermore, the development of CityU Mobile gave our students an opportunity to experience mobile technologies, scalable application framework, agile methodologies and most importantly to enrich their work portfolio.

With All You Need in Campus 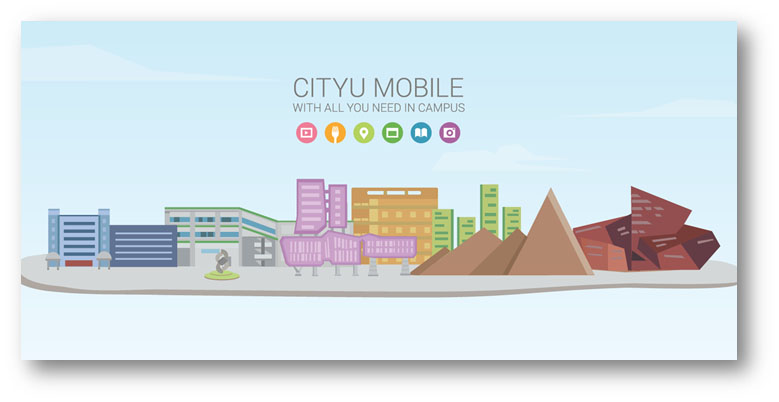 In the latest version of CityU Mobile, there are 13 modules providing our users with information such as student schedule, academic calendar, staff directory, facility locations, library catalogue, emergency contacts, etc. The development of these modules was prioritized based on the feedback collected from user survey, app stores, and feedback community. This user-driven development approach ensures that what we delivered will bring real values to our users.

To achieve the ultimate goal of CityU Mobile, “With All You Need in Campus”, the team spent tons of effort consolidating information from numerous places and presenting them neatly on mobile devices. In total, CityU Mobile has 1,400+ contact entries, 200+ facility locations, 130+ vector maps with directions, 70+ catering information, etc. All this information is stored locally inside the app to ensure that it will be readily available even when a network connection is not present. 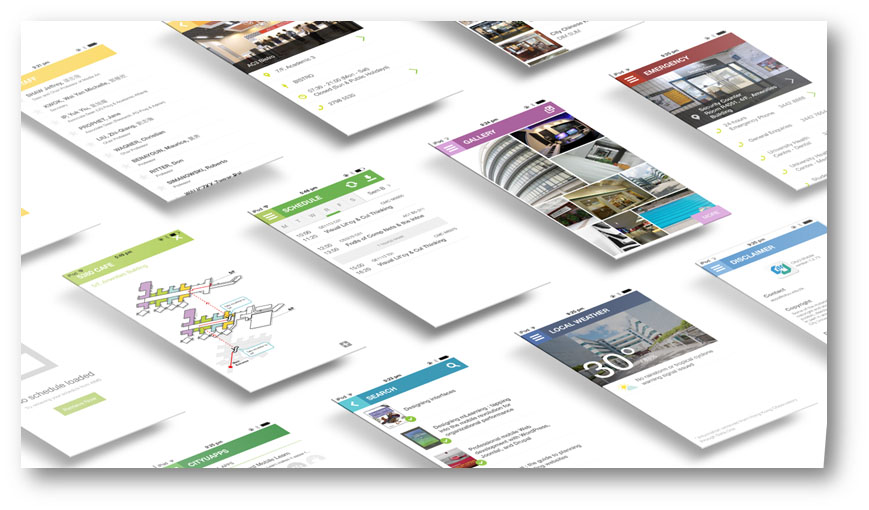 Apple iOS and Google Android are the mainstream mobile operating systems, consuming more than 90% US market share [3]. The appearance and features are very different on the two platforms, so are the programming languages used for application development. Instead of using the native development approach, a hybrid approach involving Apache Flex [4] and Adobe AIR [5] have been chosen. This allows CityU Mobile to be deployed on both platforms using a single code base, reducing the development effort by half, and ensuring that new features to be available on Android and iOS at the same time.

Hybrid development approach requires a custom user interface. To present information neatly while keeping an energetic mood, CityU Mobile used a light background with vivid colour assets. This palette also matches well with the flat design [6] trend in both Android and iOS. Handcrafted by our student designers, every point in the icons and vector maps is pixel perfect, producing a crisp image even on 4K resolution devices.

One can hardly guess the complexity of CityU Mobile. In total, the app consists of around 70,000 lines of code (excluding the vector FXGs and data files), twice the size of an average iPhone app [7]. To make the app scalable and maintainable, Swiz framework [8] is used to enable modern design patterns like modularization, event dispatcher, data binding, inversion of control and dependency injection. With the well-established application core, developing new features is as easy as duplicating a folder. 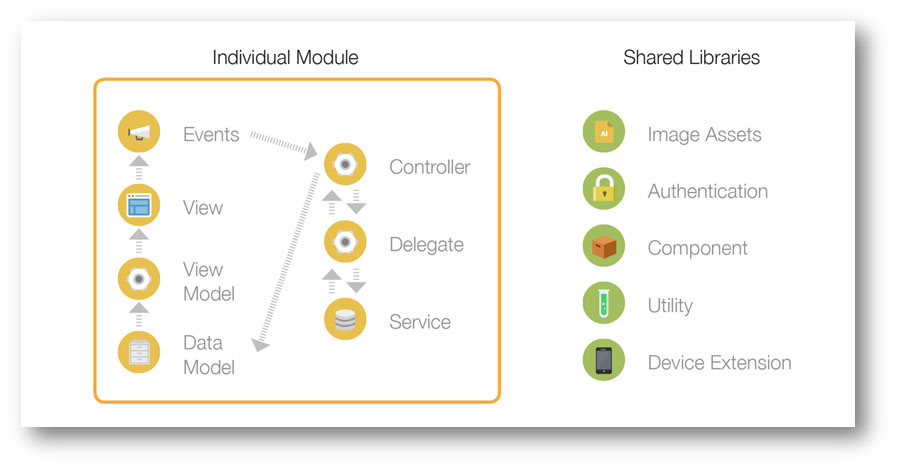 Among all the feedback that we received, the top concern for our users is the performance issue. Due to the complex structure of Apache Flex, users may experience frame skipping when they try to scroll through a long list of items, degrading the overall user experience. Currently, the development team is exploring new user interface architecture based on GPU-powered Stage 3D [9], which will provide a swift experience like a native app. This major v2.0 upgrade will be released in 2016.

If you haven’t tried out CityU Mobile yet, download now through Apple App Store [10] and Google Play [11].