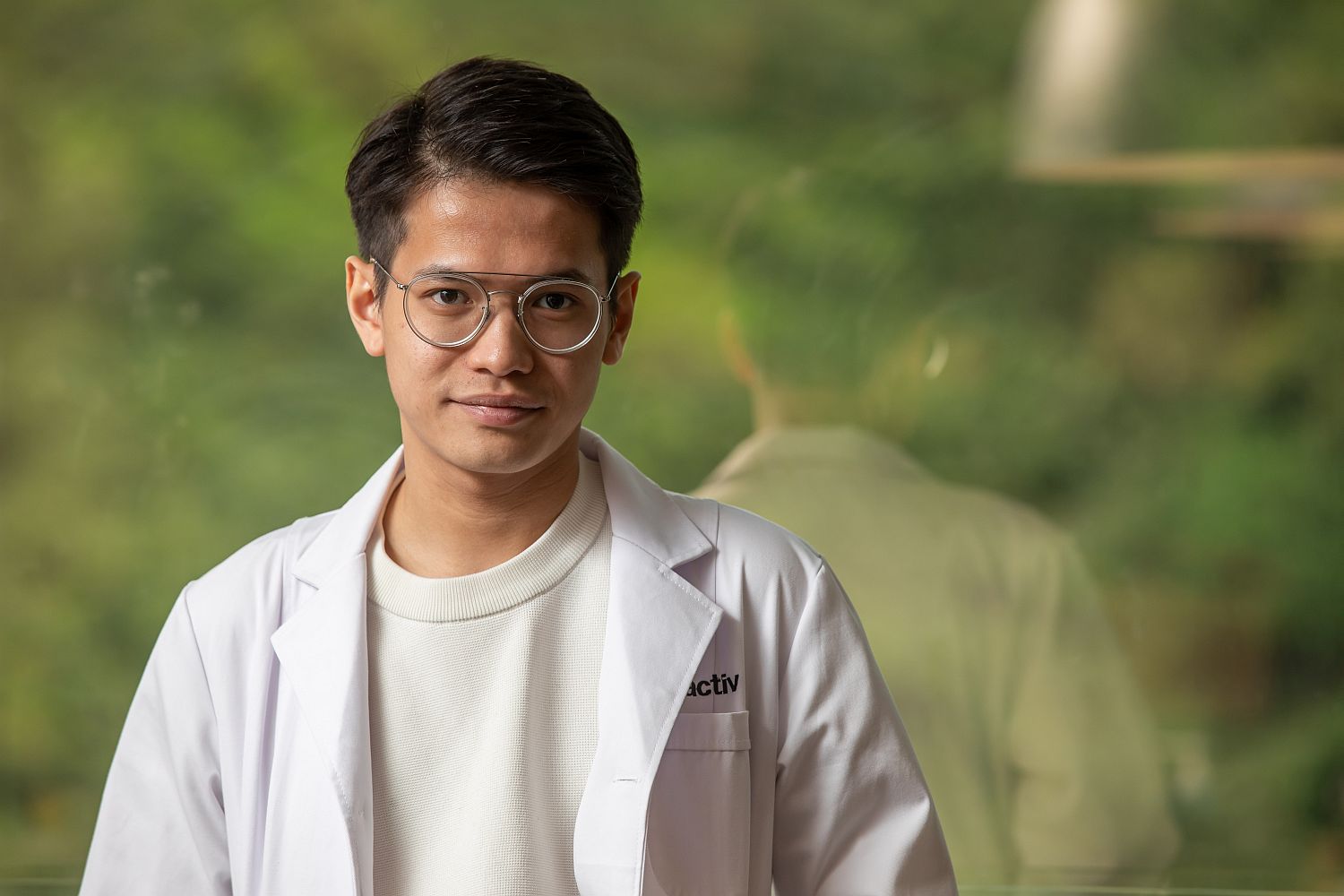 With three of his teammates, including Ronald Tse Man-chak, Marco continued the research project in the laboratory of Dr Richard Kong Yuen-chong, Associate Professor in the Department of Chemistry and studied the biotechnological use of DHA (docosahexaenoic acid) and microalgae. In 2016, the four “post-90s” teammates founded Hands Life Science Limited (HANDS), receiving initial support from CityU’s Idea Incubator Scheme (currently known as the SEEDS Fund) and ITC’s TSSSU funding. Three years later, the CityU  biotech start-up received financing of HK$2 million from Soul Capital, Hong Kong’s leading angel investor. Today, HANDS has 15 employees. Its laboratory is located in Hong Kong Science Park, where part of the R&D work is funded by the HKSTP Incu-Bio programme.

In 2018, HANDS launched a “100% Made in Hong Kong” skincare brand, called Factiv. To address the problems of low transparency and high prices in the beauty industry, HANDS offers scientifically proven skincare products at more reasonable prices. The locally made brand attaches great importance to product information transparency, with each product named after the active ingredient used and the concentration. Committed to providing customers with highly effective, evidence-based skincare, Factiv achieved a break-even in its first year, and total revenue in 2020 reached HK$10 million. Factiv is eyeing overseas opportunities, aiming to expand its business into Taiwan next year and gradually exploring markets across Southeast Asia.

The second brand is under development, which uses microalgae extract to produce steroid-free skincare products for people with eczema. Clinical trials are about to begin, and HANDS aims to launch the product in two years. Another personal care brand in the pipeline will cater for consumers’ emotional well-being.

Marco excelled at piano and initially wanted to study music at university. It turned out that he created a biotech start-up, but he sees his business through an artist’s lens.

“My art pieces are the products we create. Science is our basis, but delivering science in a way that creates an excellent user experience is an art. Likewise, building a positive company culture in which employees feel fulfilled and valued is an art." Says Marco.