Elaine Xiaojiang Fan, a graduate with an MPhil in Communication degree from Department of English and Communication (now Department of Media and Communication) in 2004, has recently been appointed as Director of Asian American Affairs of the New York State Government. By joining the executive chamber, she has become one of the very few Asian-American leaders who hold a senior position in the state’s government. Prior to that, she worked as Director of Citywide Asian American Affairs and Queens Borough Liaison in the New York City Government Comptroller Office for seven years and Chief Reporter of Mingpao Daily Newspaper New York for nine years. 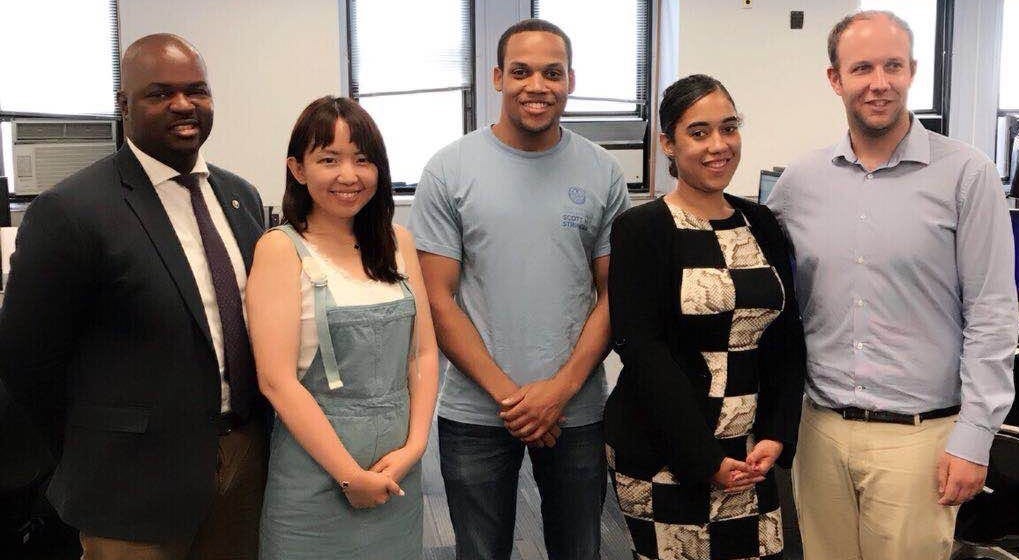 Elaine Fan (second from the left)
“Elaine is the third generation of a journalist’s family in China, with her grandfather and father each playing a distinguished role in the respective eras of the nation’s history”, said Prof. Jonathan Zhu who supervised Elaine Fan’s studies at CityU. While conducting an experimental study of online newspaper interface design for her MPhil thesis, Fan had to learn a variety of knowledge and skills of scientific research from the scratch. “I was very impressed by her curiosity, creativity, and persistence throughout the challenging phase of her study,” Zhu recalled. “The same attributes have enabled her to excel in her reporter job at Mingpao New York and public service career at New York City and New York State.” 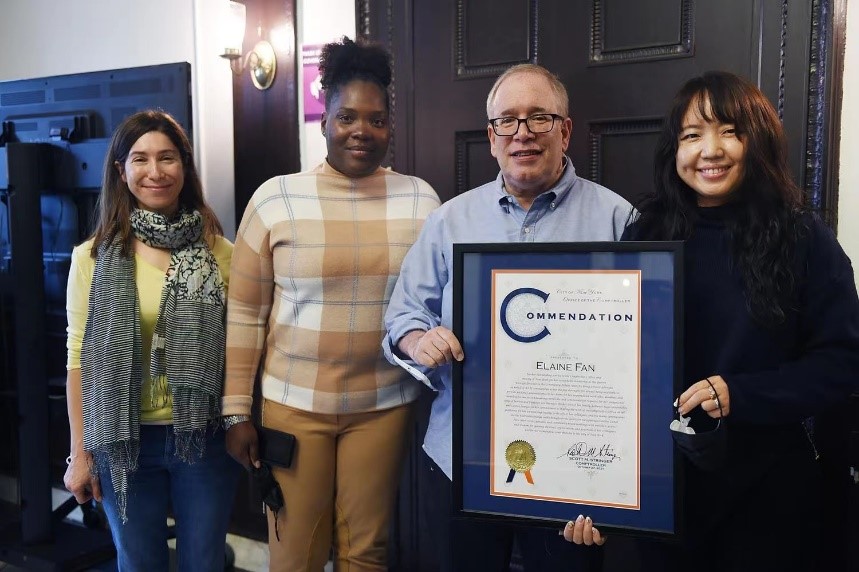 On Oct 27, Fan received a Commendation Award from New York City Comptroller Office for “her outstanding service”, “remarkable leadership”, “being a fierce advocate on behalf of Asian American communities”, and “unparalleled work ethic, kindness and humility”.