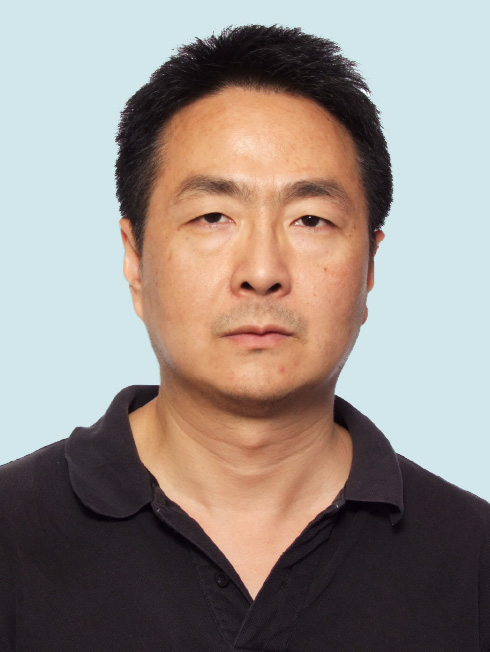 Currently, three research themes are going on in my laboratory: (1) regulation of autophagy and cell death by Ca2+ signaling and ROS, (2) the interplay between mitotic kinases and ATPases, and (3) the mechanism and function of GAPDH in cyclic ADP-Ribose (cADPR)-mediated Ca2+ signaling in mammalian Cells.

1. Regulation of autophagy and cell death by Ca2+ signaling and ROS

Autophagy is an evolutionarily conserved catabolic degradation cellular process, whereby misfolded proteins or damaged organelles are sequestered by a double-membrane vesicle, called autophagosome. Autophagosome then fuses with lysosome to form an autolysosome, and the contents inside autophagosome are then digested and recycled to maintain cellular homeostasis. A wide variety of stresses, e.g. nutrient starvation and oxidative stress, can markedly induce autophagy for cell survival. Autophagy is a double-edged sword for many cellular processes, depending upon the genetic background and microenvironment. Dysfunctional autophagy has been associated with a wide range of human diseases, including cancers, neurodegenerative diseases, and infections. Therefore, dissecting the molecular mechanisms in regulating autophagy and identifying specific autophagy inhibitors or inducers suitable for clinical application are necessary for specifically targeting autophagy to fight human disease. We have been studying the autophagy regulation involving reactive oxygen species (ROS) and Ca2+ signaling (Fig. 1).

Mitosis is one of the most intricately orchestrated and spectacular events in cell biology.  The progression of M-phase is regulated by a cascade of protein phosphorylation and proteolysis events. Errors in these processes can lead to chromosomal instability or aneuloidy, which is a hallmark of many diseases, including cancer. The ERK1/ERK2 MAP kinases (MAPKs) and polo-like kinase 1(Plk1) are two mitotic kinases, and are transiently activated during mitosis. The activations of both MAPK and Plk1 have been implicated in the spindle assembly checkpoint and in establishing the timing of an unperturbed mitosis. We have applied the tandem tag affinity purification approach to identify the interacting proteins with these mitotic kinases, and many novel interacting proteins, including several ATPases, have been identified. We are currently studying the interplay between the mitotic kinases and ATPases (Fig. 2).

3. The mechanism and function of GAPDH in cyclic ADP-Ribose (cADPR)-mediated Ca2+ signaling in mammalian Cells.

The Ca2+-signaling pathway mediated by cyclic adenosine diphosphoribose (cADPR) is ubiquitous and the functions it regulates are equally diverse. Understanding the molecular mechanisms involved in this novel signaling pathway is not only scientifically important but also clinically relevant. The latter has clearly been demonstrated in CD38 knockout mice. CD38 is the dominant enzyme for synthesizing cADPR in mammalian systems and CD38 knockout mice exhibited multiple physiological defects, ranging from impaired immune responses, metabolic disturbances, to social behavioral modifications. Many extracellular stimuli have been shown to induce cADPR production that leads to calcium release or influx, establishing cADPR as a second messenger. Ample evidence indicates that cADPR targets ryanodine receptors (RyRs) on ER in many cell types, yet cADPR does not directly act on the receptor. Recently, we identified glyceraldehyde 3-phosphate dehydrogenase (GAPDH)  as the long-sought-after cADPR binding protein and demonstyrate that GAPDH is required for cADPR-mediated Ca2+ mobilization from ER via RyRs (Fig. 3). We have been investigating the the mechanism and function of GAPDH in cADPR-mediated Ca2+ signaling in mammalian cells by combining approaches of synthetic chemistry, structural biology, electrophysiology, and molecular/cellular biology.