Encompassing hundreds of sites and artefacts across India, Sri Lanka, Indonesia, Myanmar, Thailand, Cambodia and China, the Atlas of Maritime Buddhism is the world’s largest archive of fully immersive, high-resolution panoramic and panoptic 3D images. An array of sophisticated tools and techniques were used to document hundreds of sites and sculptures with the highest possible fidelity. These include gigapixel spherical photography, film-based and digital stereoscopic 360-degree panoramas, photogrammetry, that captured 3D models of objects, and surround sound recordings. Finally, spherical 360-degree video was used as a novel medium for capturing live events, such as rituals, prayers and other forms of contemporary Buddhist practice.

In the Atlas Panorama, five, 360-degree panoramic movies take viewers on an immersive journey across the oceans to visit these sites. Each country is represented by a virtual landscape carpeted with a traditional textile design and populated by numerous cylindrical objects, each of which is a portal into one of the 1:1 scale panoramic photographs of the prominent Buddhist heritage locations there. The projection is done via the Panoramic Navigator, inside a 5m diameter circular screen, where viewers can steer the projection to focus on their areas of interest. 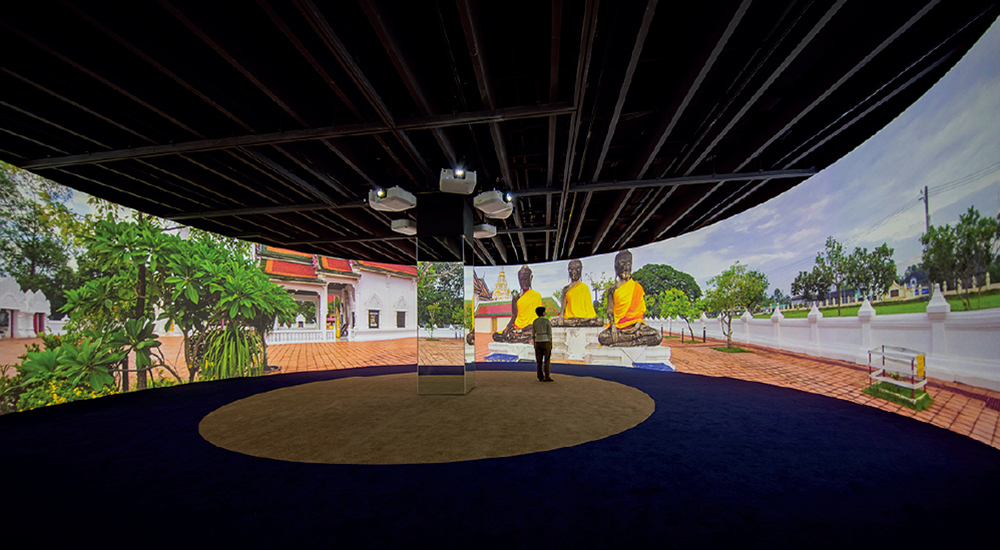 A large number of panoramic images are also interactively provided to the visitor in the Linear Navigator. The system uses a mobile LED/LCD mounted on a track, that can be shifted left and right over a distance of many meters by a viewer. For the Indra and Harry Banga Gallery installation, the length is 6 metres long with 70 images.

Spherical photographic and video recording are presented in a custom-developed, museological exhibition installation - the iDome. The iDome is a vertical hemispherical projection screen, typically 3m-4m in diameter, that uses a hemispherical mirror to reflect a projected image within this dome. In this way, visitors can almost literally enter Buddhist rock-cut caves.

The story of Buddhist rock-cut monasteries began during the reign of the Maurya emperor Ashoka in the third century BCE. For over 1,000 years, these sites flourished, hewn out of the rock in sheer basalt cliff faces with extraordinary precision, using rudimentary iron tools. These caves were designed to allow only a minimum of light inside, keeping them cool and ambient for monastic life; they also supported the social functions of their spiritual communities (sangha) with dining halls and dormitory cells.

Spherical 360-degree video was also used as a novel medium to capture live events, such as rituals, prayers and other forms of contemporary Buddhist practice. These rituals and ceremonies vary from country to country. The veneration of Śakyamuni, other Buddhas, Bodhisattvas and saints involves showing respect and meditating on the qualities of the Buddha. To gain “merit” or good fortune, gifts are made including food and flowers. Chanting is the traditional means of preparing the mind for meditation, and some forms of Buddhism also use singing for ritualistic purposes.

During the fieldwork to the Buddhist sites across Asia, many opportunities arose to make 3D photographs of Buddhist sculptures and reliefs. The technique used was photogrammetry, whereby hundreds of individual photos of the object are combined in post-production to create a detailed, virtual 3D model of the original. The Atlas of Maritime Buddhism research project was therefore able to document hundreds of sculptures in historical and archaeological museums across the region, many never before seen outside their country of origin. These sculptures contribute significantly to the narratives of transmission and to art historical knowledge. A subset of this seminal, collection in digital form is here presented as full, 3D models. 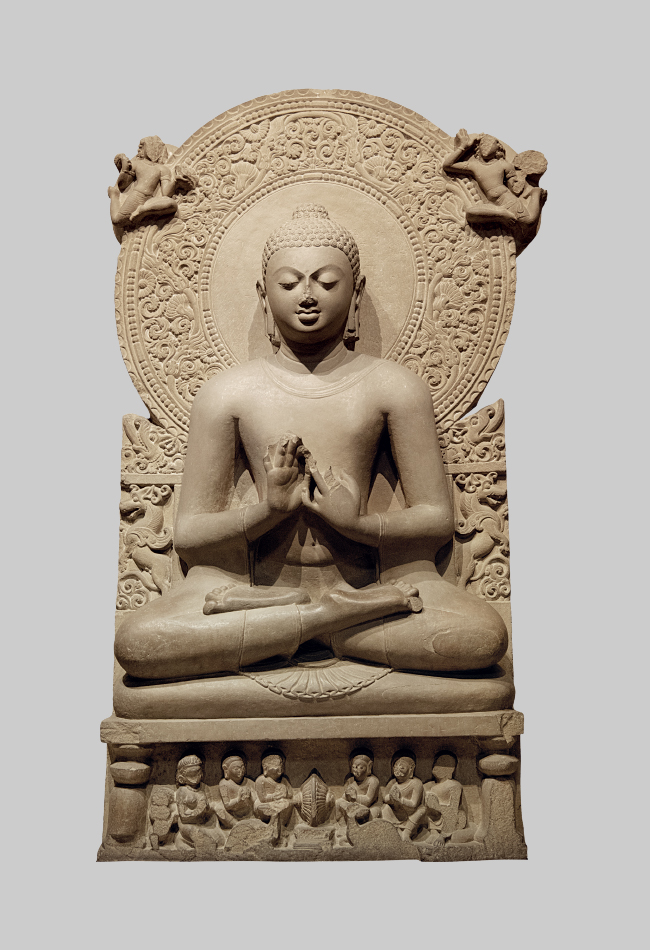 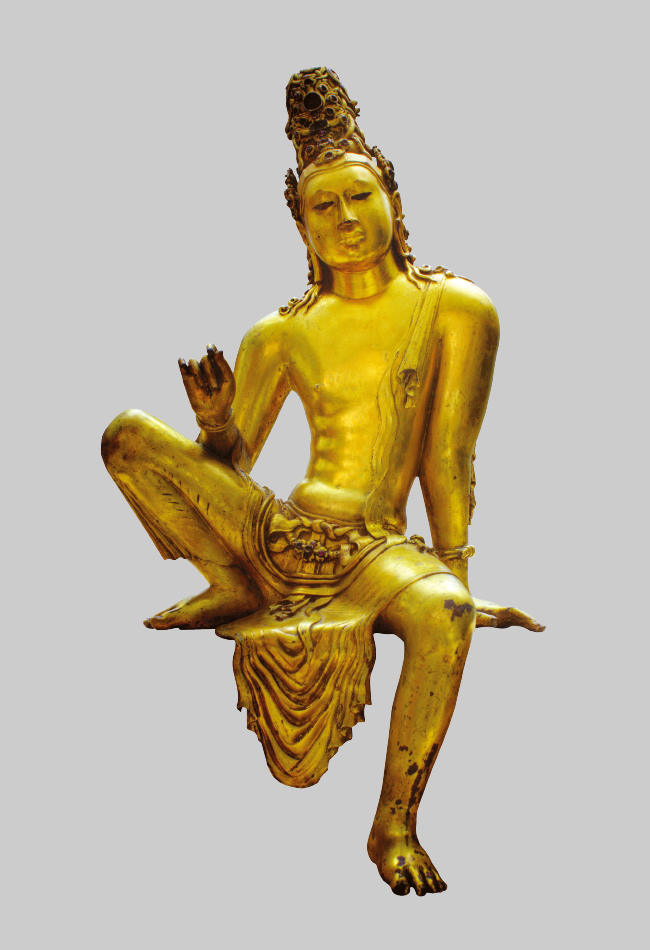 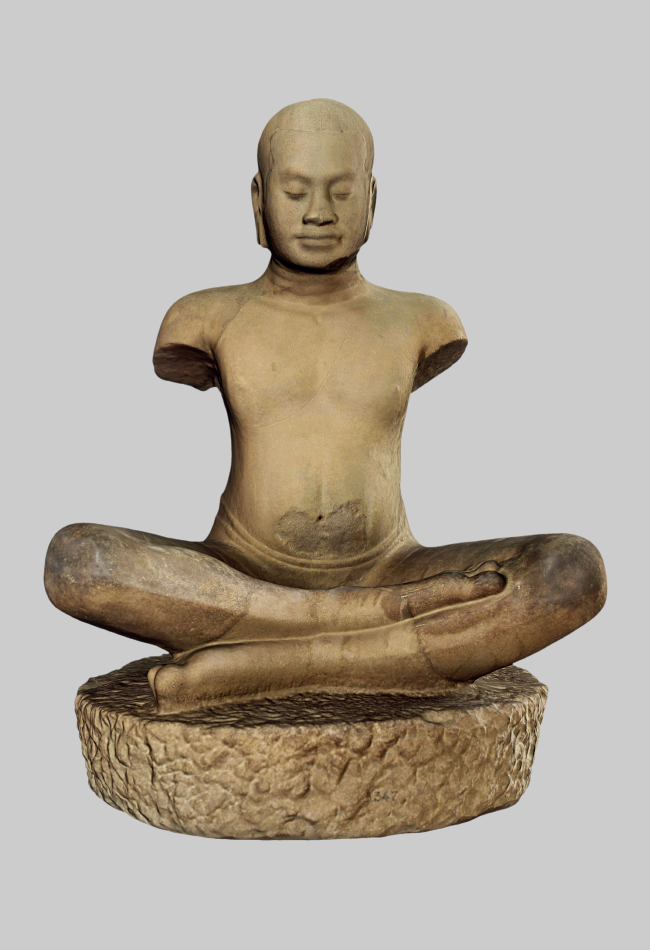 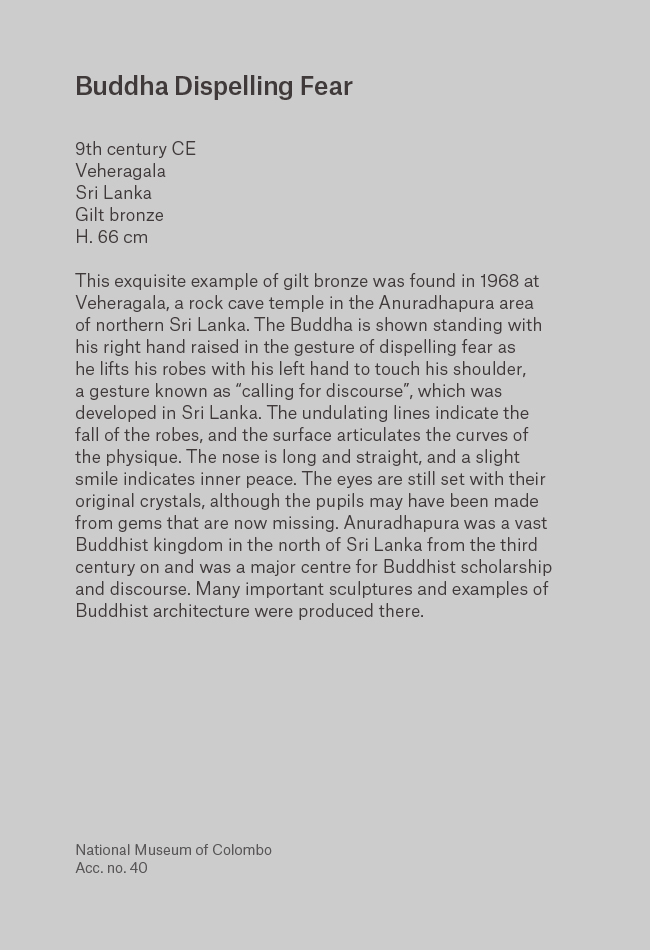 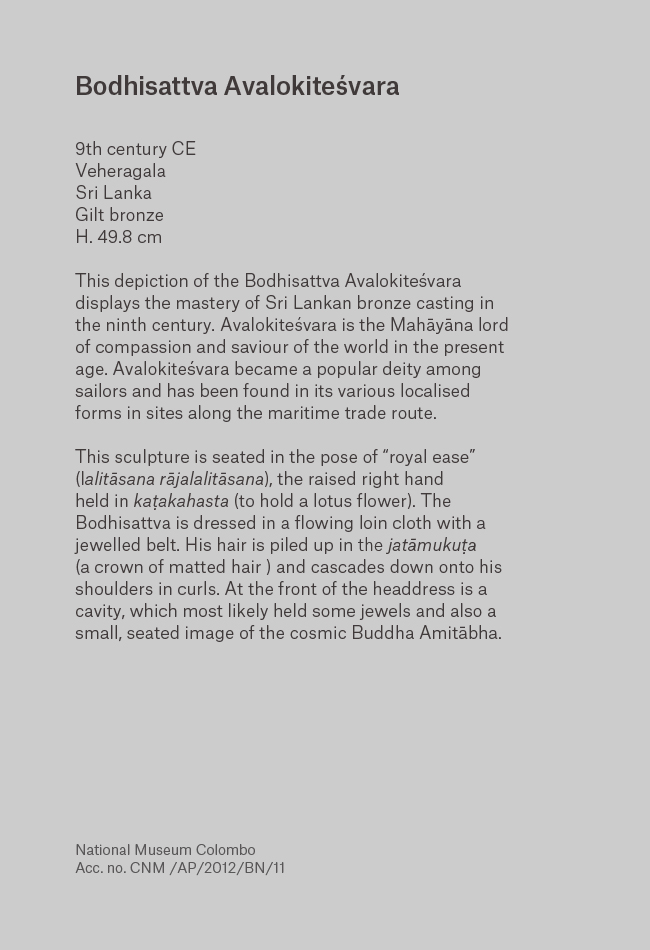 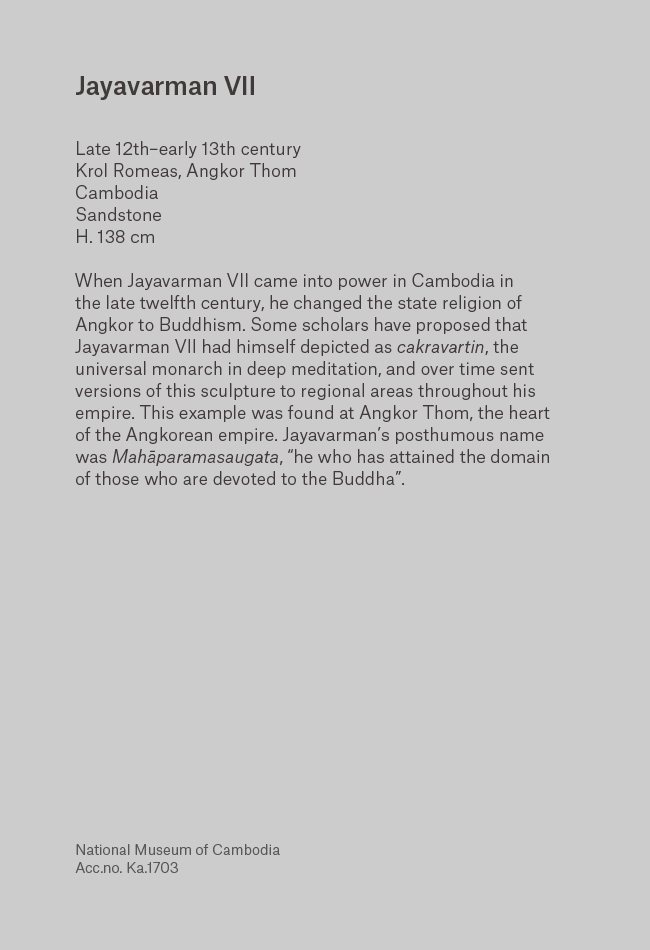