Buddhist practices, philosophy, art and architecture originated in the Ganges Basin but eventually spread across the east, central and southeastern areas of Eurasia, covering an area called “the Great Circle”. Active commercial trade flowed along the “rim” of this Great Circle, via overland caravans and sailing ships. Buddhism thrived in unison with these international land and sea trading systems.

Trade and Buddhism on the Maritime Road

Buddhist teachers and pilgrims travelled in two directions: while monks and nuns moved outward from India to introduce Buddhism in new areas, pilgrims from Buddhist communities in the Great Circle began travelling to India to undertake training, find new canonic texts, and venerate the various sites the life of the spiritual founder of Buddhism, Siddhartha Gautama (Śakyamuni Buddha). All these voyagers helped to spread Buddhist cultural and artistic influences across the sea. 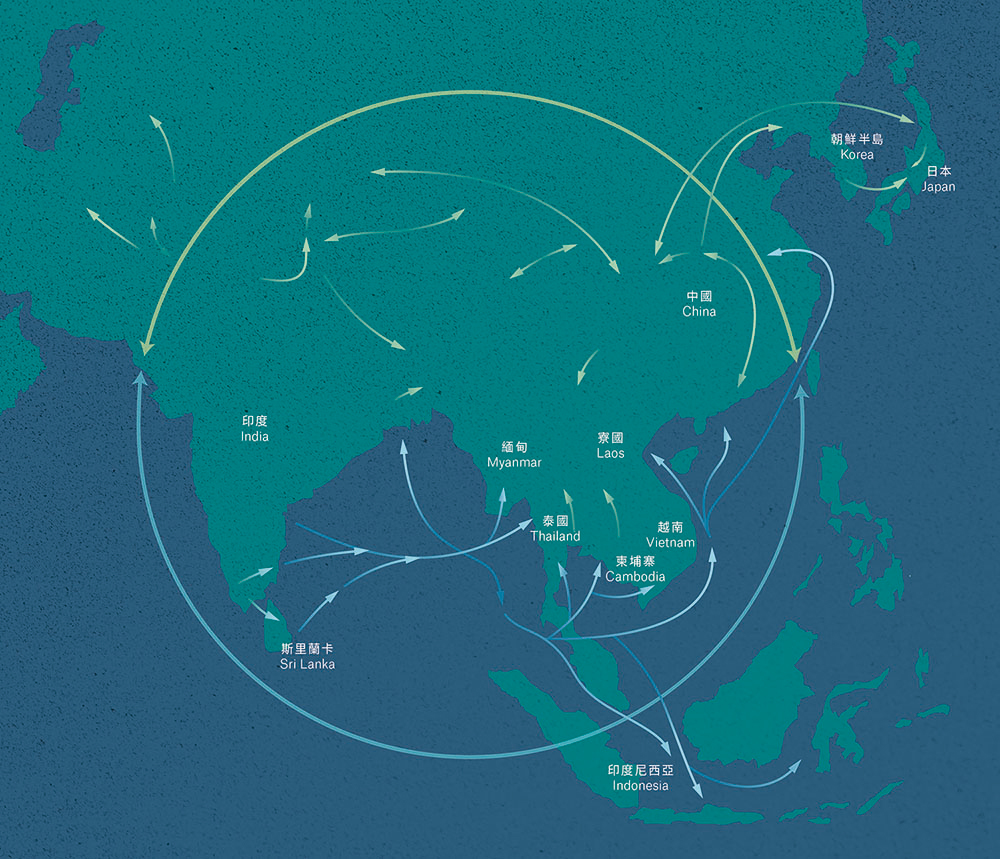 Buddhism was a portable religion, and its texts could easily be distributed and translated into any language. Merchants brought Buddhist inscriptions and statuettes with them for good luck. Early Buddhists did not make representations of the Buddha for worship, and Śakyamuni was instead represented by symbols such as his footprint, the Bodhi tree, or the wheel of law. However, from the first and second centuries CE, images of Buddha and Bodhisattvas began to be made, and these were copied and distributed. From then on, Buddhist images spread widely along the maritime routes and the worship of Buddhist images became the dominant practice.

A good example of cultural fusion is the story of Avalokiteśvara and Guanyin. The Bodhisattva Avalokiteśvara was an enlightened and compassionate being, of great importance along the maritime routes as the patron deity of sailors. When his image and story reached the Chinese coast, it encountered a deity for sailors already in place: the goddess Mazu. Just like Avalokiteśvara, she was the patroness of the sea and protector of seafarers. The Bodhisattva then became known in his feminine form as Guanyin in China, goddess of the sea. 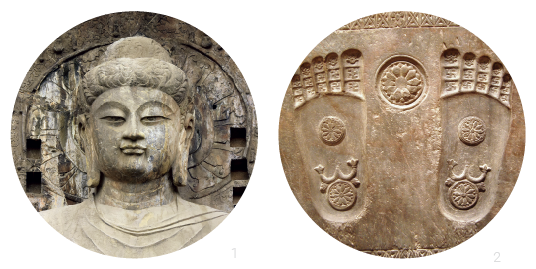 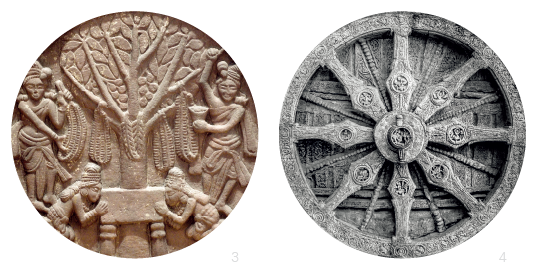 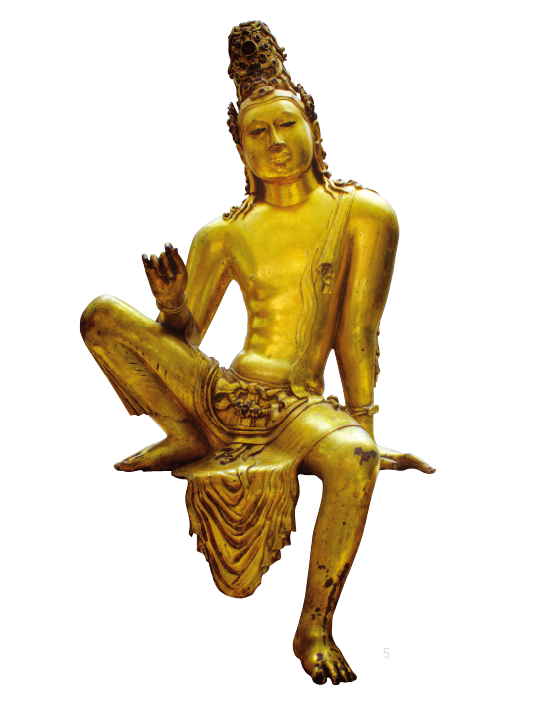 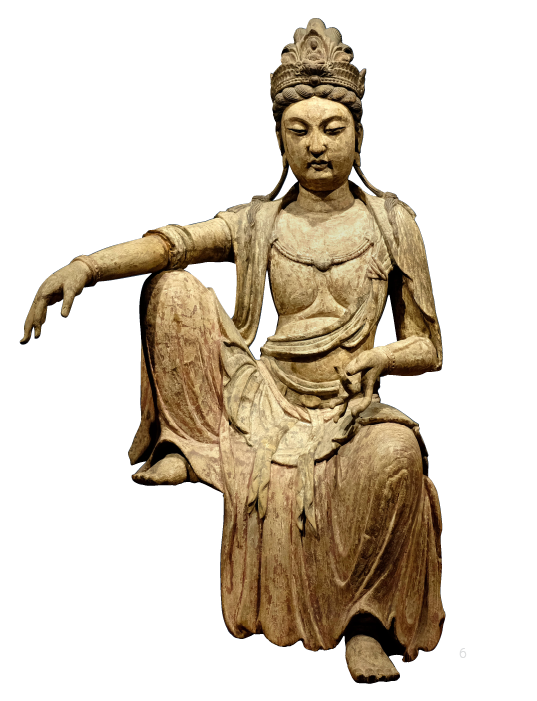